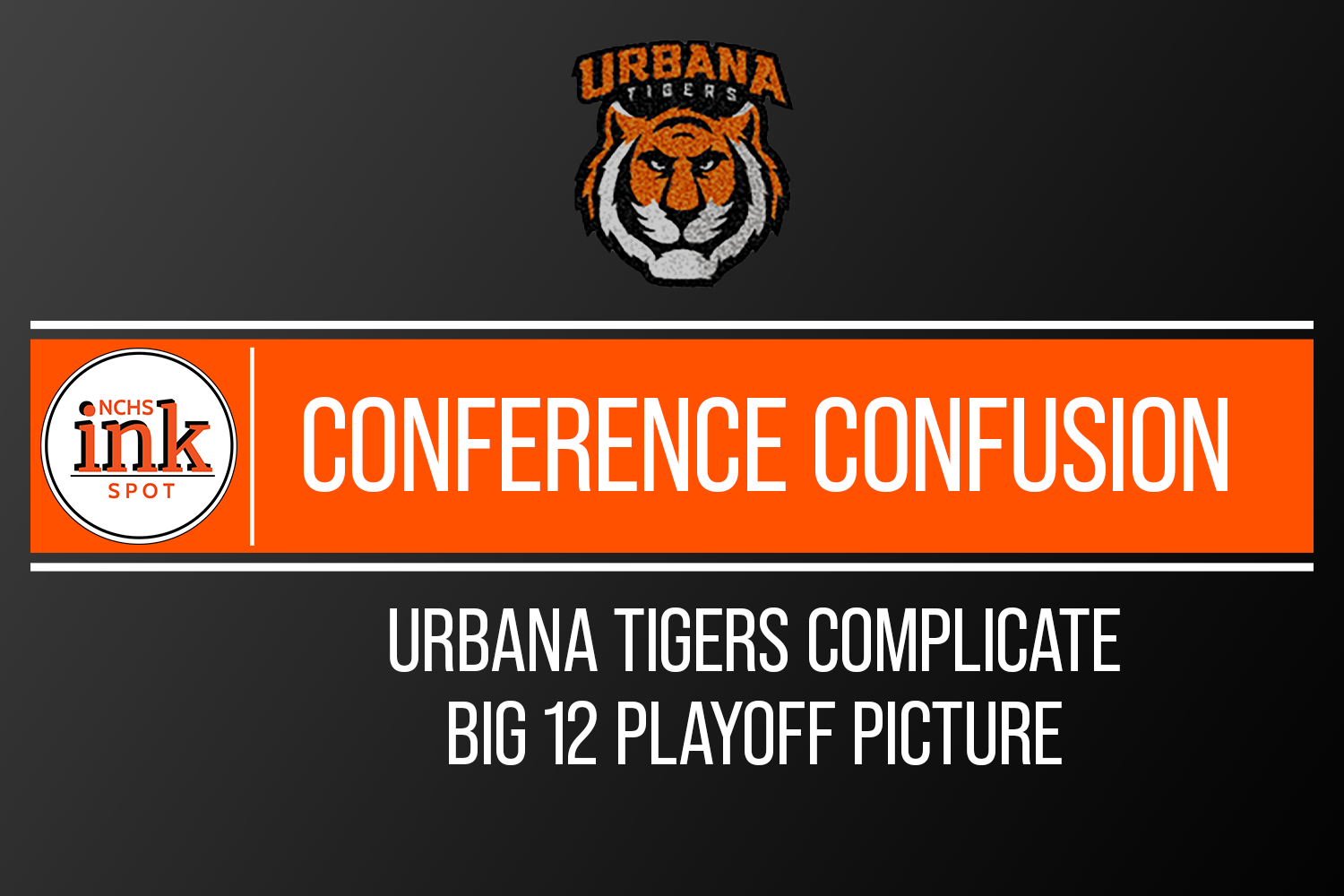 The IHSA postseason structure is already convoluted and confusing (an issue the Inkspot tried to clear up last season).

Add in details like the fact that the Big 12 Conference has 11 schools while the Central State Eight has 10, and it only gets more complicated.

The 2022 football season poses a new wrinkle for Big 12 fans.

After two weeks of play, three teams sit atop the Big 12 Conference standings. Each with a 2-0 record, despite only one having played two conference games. Each 2-0, despite one team taking the field just once.

Notre Dame has played only one game.

The cause of the conference confusion?

The Urbana Tigers forfeiture of the 2022 season.

Urbana’s announcement that the Tigers would not play a varsity schedule just 16 days before the start of the season left eight teams without opponents.

Those eight — including Big 12 conference foes like Centennial, Notre Dame, West and Community — had the option of finding a new opponent or taking a forfeit win.

There are two roads to the IHSA state series — a conference title or winning at six or more games. Urbana’s announcement complicates both routes for Big 12 teams.

In some scenarios, even five wins can mean a trip to the postseason; that forfeit win may seem the obvious choice. What team would risk taking a possible loss against an unfamiliar opponent, hurting their postseason chances?

This automatic victory costs teams the opportunity to play a full nine-game regular season schedule. In a sport where only nine games are guaranteed, those four quarters matter — to the athletes, the coaches, the parents.

The Big 12 announced Urbana’s opponents would earn an automatic conference win the week they were scheduled to face the Tigers, regardless of if they opted to play a new opponent or take the forfeit win.

Normal West recorded conference wins over Champaign Central 42-0 in week one and Bloomington 46-0 in week two.

Had Champaign lost to Proviso East, the team would have had a 2-0 conference record (with the automatic win versus their scheduled game with the Tigers) and a 1-1 overall record (the result of their rescheduled game.)

Notre Dame, after opening the season with a 40-38 conference win over Manual, opted to take the forfeit win and not play in week two.

The conference standings may get a little muddier Friday.

With a Community win over West and losses for Centennial and Notre Dame, the Ironmen can claim a share of first in the conference — a six-way tie between West, Community, Centennial, Notre Dame, Bloomington and Peoria High.

Peoria High (2-0) will earn an automatic conference win as they were scheduled to face Urbana week three. Instead, they take on Cahokia.

No matter the outcomes Friday night, the Big 12 standings will be hard to read a each week as teams earn their automatic conference win over Urbana.

The Ironmen have replaced the Tigers on the schedule, set to host an opponent from Ohio Saturday, Oct. 8 in a game that will have implications on Community’s postseason picture.