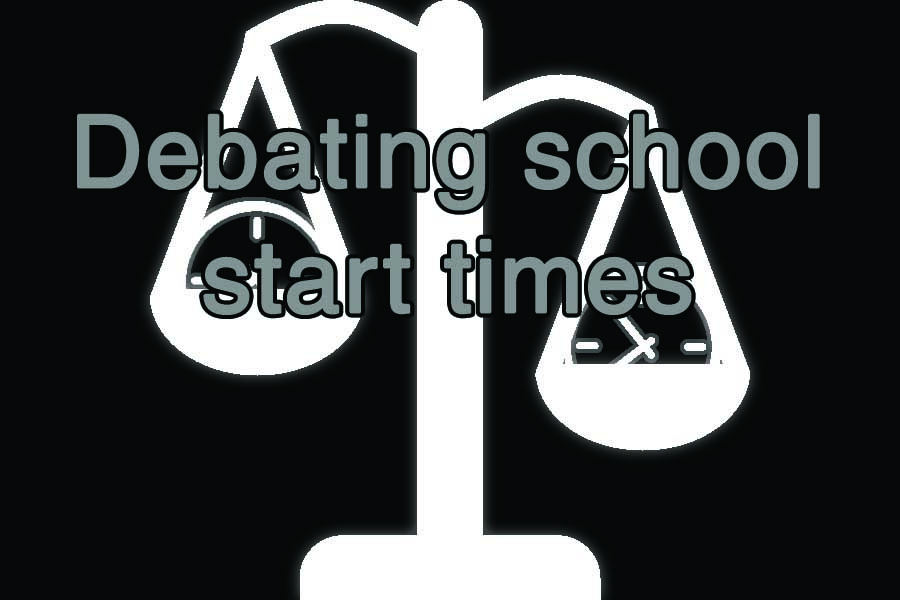 The Unit 5 School Board unanimously approved changes to school hours for the 2016-2017 school year during a special session on March 16.

The approved school hours for next year are:

According to a letter sent from Superintendent Dr. Mark Daniel to district parents: “A schedule change was necessary to address a $1.3 million budget deficit in the Unit 5 Transportation Fund. The deficit is a direct result of a lack of state funding.”

Since October, a strategic planning committee comprised of parents, students, staff and community members worked to devise a cost-saving strategy for the district. This committee, as well as survey results from “more than 6,600 participants” in a district-wide survey sent to staff and families, were considered in the decision to alter school start times. 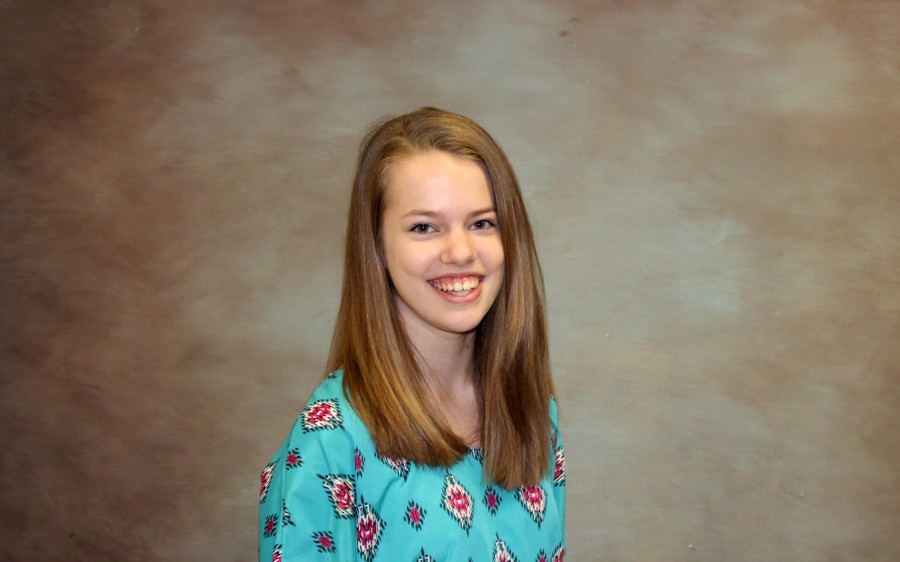 After a decision to move elementary start times forward in 2012, Unit 5 Board President John Puzauskas stated in a 2012 interview with the Pantagraph, “Transportation will be an ongoing discussion forever and ever – as it should be. It is a very complex issue.”

Four years later, Unit 5 is once again in an uphill battle regarding transportation issues. Since the state is only funding about 70% of the transportation money that the district should be receiving, Unit 5 currently has a $1.3 million deficit in its transportation fund.  In an effort to resolve this  issue, the school board has raised the idea of moving start times.  Elementary schools will start earlier, while junior high and high schools will begin later in the morning.  By changing the schedule in this way, our Unit would move from a three-tier bus system to a two-tier system, reducing the costs.  This solution might aid the transportation budget, but there are some serious issues that must be considered.  Though the deficit is significant, the negatives outweigh the positives.

The goal of the proposed transportation system is to provide safe, timely, and budget-friendly transportation that promotes student learning.  It does not fulfill these components.

Safety is a main concern.  Starting elementary school at an earlier time requires children as young as five years old to stand outside for the bus at a very early time.  During the winter months, children will be subject to standing in frigid cold and sharp winds.  In February of 2015, the average temperature was only 16 degrees according to the U.S. Climate Data.  Whether walking to school or standing at the bus stop, children will experience the threat of cold. Elementary school-age kids, especially younger ones, don’t understand the threat of frostbite and are unable to prevent it.

Another threat to elementary schoolers’ safety is the dark mornings during the winter months. During January, the sun does not rise until 7:19 A.M.  Buses will begin picking up the elementary school students around 6:30 A.M. when the morning is still very dark.  Because it is so dark, cars might not be able to see younger children crossing or standing near the street.

Balancing school and extracurriculars will become much harder for many students involved in sports and other activities.  Sauder is a competitive dancer and trains for over 10 hours every week.  Sauder states, “All my activities would be very squished together and it would make afternoons more chaotic.  There would be less time to relax after a busy school day.”

With so much time spent in after-school activities, there will be little time to spend with family or to relax.  An average high school student spends 4 hours on “sports and leisure”, based on an essay written for the Bureau of Labor Statistics.  And for high school students hoping to take on a job in addition?  It would be impossible.

If a high school student were to be released from school at 3:30, one hour later than the current schedule, extracurriculars would shift an hour later to compensate.  If a student goes to a job after their extracurricular activity, they would have one less hour to work, based on closing time.  They might also have one less hour to do homework based on what time they go to bed.

One of the main ideas of moving the start time is to allow middle and high school students to sleep later and longer.  If everything is shifting by one hour, however, students will be getting the same amount of sleep.   Say a student currently goes to bed at 11 p.m. and wakes up at 6 a.m.  With the new schedule, this student might begin going to bed at 12 a.m. to compensate for the shift, then wake up at 7 a.m.  They are still only getting 7 hours of sleep.

Family dynamics could also be drastically affected.  Many working parents rely on older kids to care for their younger siblings after school.  With the current schedule, high school and junior high students get out of school earlier in the afternoon.  Therefore, when the younger children come home, their older siblings are already there to watch them.  With the proposed schedule, elementary aged kids will come home first, with no one to care for them.  Guardians will have to rearrange their work schedules or pay extra money to send their kids to an after-school care program.  At the YWCA, one week of after school care costs $75.  According to the Every Child Matters Education Fund, about 14% of children aged 5-14 are home alone after school due to working parents.  If 14% of the 13,561 students enrolled in Unit 5 participated in an after school program, it would equate to $142,390 per week.  In just one year, over $5 million would be spent on after school care.  That is five times the current transportation deficit.

Amber Patterson, a mother of two children states, “I think we should do what is best for the kids, not what is most convenient.”  It is clear that moving the start times will not solve all problems with our budget.  The change is too drastic and risky; repercussions are sure to follow. 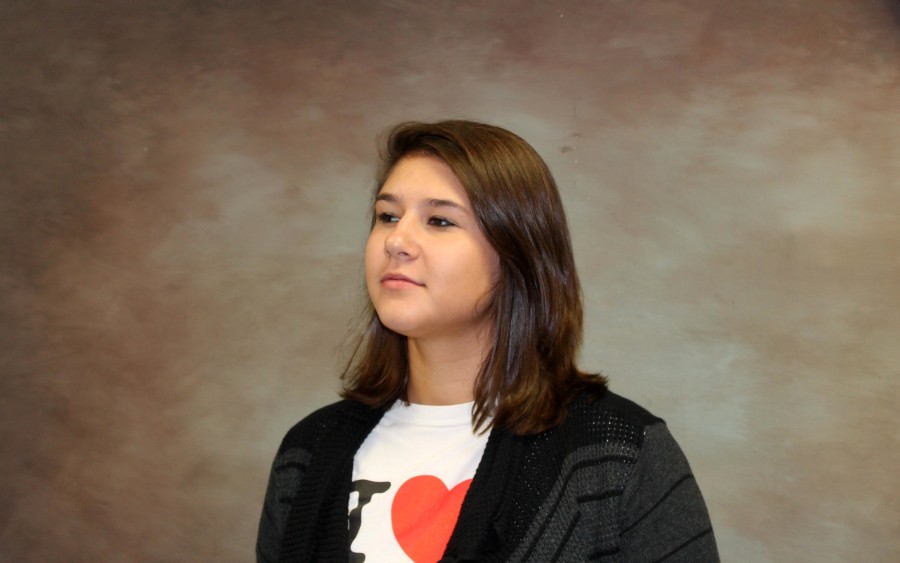 The Unit 5 School Board has officially announced the official change in start times for the 2016-2017 school year. For the majority of students, this change will lead to a lot of improvement.

The new start times and bus schedules will hopefully lead to a reduction in cost and therefore a smaller deficit in the transportation budget. Melissa Schill argued that changing the start times would ultimately hurt the district in the long run, but in reality, the changed times will alter exactly what is needed to create healthier and happier students.

The elementary school will start earlier than junior high and high schoolers, which puts young children outside in the morning waiting for the bus. However, the parents of these kids will be awake and at home at the same time that these kids will be leaving. High school and junior high students currently tend to ignore the rules of cold in order to avoid fitting large coats and scarves in their lockers. Elementary school kids, however, with the aid of their parents in the morning, likely will not be leaving the house with anything less than a puffy winter coat, gloves, and a hat. While the younger kids may not understand the danger of frostbite, their parents do, and that beats the high school kids waiting outside in a sweatshirt and jeans.

The darkness of the winter months is not as great of a concern either. The potential of bus-goers getting hit by an unexpected car is just as likely for high schoolers as it is for elementary school students.

But what if the junior high students don’t? These shares bus route will contain students that are siblings, or friends – and one of the worst things that can happen is that high schooler ends up embarrassed by being seen conversing with the seventh grader. This early interaction with high schoolers may even help dispel any fears eighth graders have about entering high school the following year.

The problems that may arise for students participating in extracurriculars cannot be overlooked, but the problems solved by allowing high schoolers to start later outweigh students’ afternoon schedules. According to a 2013 American Psychological Association survey on the relationship between stress and sleep, longer sleep times correlate with lower stress, while shorter sleep correlates with higher stress. No matter what time a practice or rehearsal starts, students would likely be going to sleep around the same time they currently are, but sleeping later, resolving the sleep deprivation the Unit 5 high schools are presently filled with.

The National Sleep Foundation explains that the cycles of sleep drives cause people to generally fall asleep at a normal time, known as ‘circadian rhythms,’ change during the teenage years, saying, “This shift in teens’ circadian rhythm causes them to naturally feel alert later at night, making it difficult for them to fall asleep before 11:00 pm.” It goes on to say that waking up at earlier times can cause a teenager’s sleep drive to continue until 9:00 or 10:00 am, meaning that current high school students are not fully awake until fourth hour or later. Classes at the beginning of the day are essentially lost due to the students’ lack of sleep.

Following the school day, school run sports and activities will start later, but they likely will not run as long. Even if they do, a student with more sleep will be better prepared to handle long running activities and be competent enough to finish homework faster, making the afternoon chaos less of an issue. High school students are known for procrastination anyway, so if anything, this change in schedule will help them learn better time management skills.

As for high schoolers planning to work after school, I speak from experience. Time changes will not make a difference in their ability to participate in sports and leisure. For one, students who have a part-time job are not legally allowed to work every day in a week, giving said student at least one, likely more day a week to spend doing whatever activity they wish. Employers are required to know their part-time employees’ availability, when they can or cannot work, and employers must respect their employees’ schedules. If a student wishes to participate in a sport, then their availability would work around the practices for that sport. If a student is a part of a club, then they would not work on days when that club meets. As for days when a student does work, even with the current school schedule, work takes up the entirety of the afternoon, already preventing students from participating in sports and leisure activities. Jobs will still close at the same time, meaning that the only difference is that students will now be working with more sleep and, thus, more energy.

The problem that may arise for parents to find child care following the school day, which could potentially be more expensive for a community, but elementary schools in the Unit 5 district all offer free after-school programs. These programs certainly last long enough for the older students to retrieve their siblings following and come at no cost to parents wishing their children to be supervised after school.