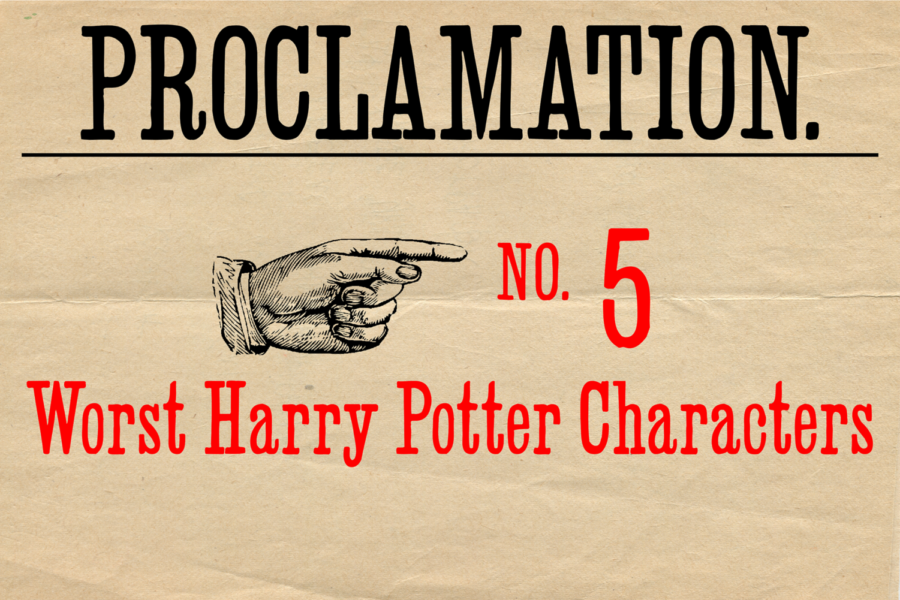 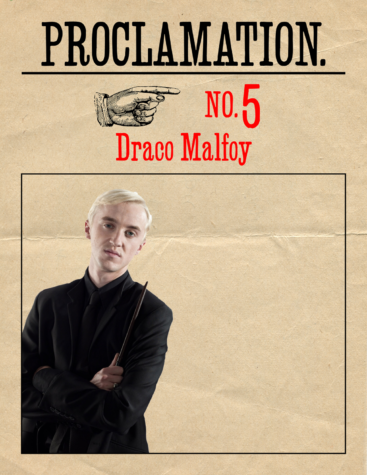 Sorry Malfoy fans, but I despise this character. He was a little butt for seven books and eight movies. A large portion of my childhood was taken up watching Malfoy be a terrible human-(wizard)being — a selfish, entitled, sniveling snob.

First and foremost, the dude is straight-up racist. He uses the “m” slur time and time again and believes in ethnic cleansing within the wizarding world. Pretty much unforgivable.

The attempted redemption arc in “Half-Blood Prince” was an atrocious use of plot. Why set up a redemption arc for the troubled character if he is just going to run away from his problems with his cowardly family?

I can’t feel bad for a boy who refused to break from the system. Malfoy is and was a character who ran from his problems — he displays no real change. He is only ever looking out for his own interests.

The argument that his family’s terribleness wasn’t his choice and that his family made him be a death eater is weak. Harry Potter was constantly abused by the Dursleys and had a literal piece of Voldemort in him, yet he could power through that darkness without getting the Dark Mark? Whiny little baby Draco deserves to stay a ferret. 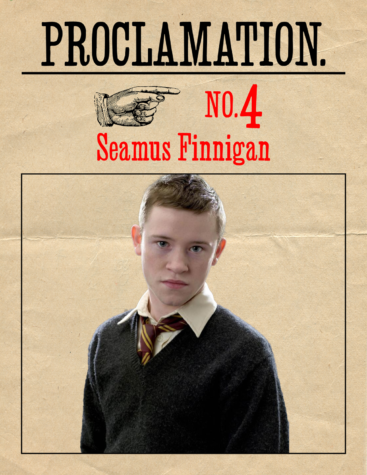 Okay, so adding Seamus to a list of pretty evil people is a bit overdramatic, but I don’t care, and I am including him anyway.

What was he good for? All he did was disrupt the class by blowing things up, talking like he was the smartest wizard in the world, and complaining.

In “Order of the Phoenix,” Seamus is a complete jerk to Harry — he buys into all the #fakenews the “Daily Prophet” is publishing, he doubts Harry’s claim about Voldemort returning,  he supports the ministry instead of his friend. Like, dude, what happened to bros supporting bros?

I am not saying he is necessarily a bad guy; I am saying that every time he is on screen I want to throw a Remembrall at his head. 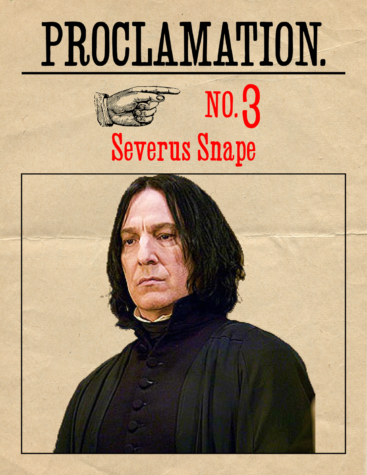 Another failed attempt at a redemption arc (great job, J.K.). Snape does not deserve any form of forgiveness.

I understand that he was protecting Harry, but I mean, come on, can you say the bare minimum?

I don’t care if you have beef with this kid’s dad — James is dead dude and that crap happened in high school. Move on. You should make sure your students don’t die!

Yes, I know Snape was a spy for Dumbledore and had to be a Death Eater, but like did he really? There had to be better ways to defeat Voldemort?

His obsession (not love, Lily didn’t like you back, bro, you have to get over it) with Harry’s mom is honestly disgusting. Every time he looked into Harry’s eyes he remembers his dead childhood crush who he has been crushing on for like two decades? EWEWEWEWEW!

Snape’s positive actions in no way erase his abusive actions towards the students at Hogwarts (Slytherins excluded), especially the trio of Ron, Hermione, and Harry.

Snape’s insults James, Harry’s dad who died for the revolution, in front of his son on multiple occasions (and in front of Harry’s classmates). Harry was desperately trying to overcome a huge childhood trauma and piece a few memories of his family together. But Snape couldn’t let his 13-year-old student have like one positive memory about his dead family? What a jerk.

The only redeeming quality Snape has is that he killed Dumbledore, but we’ll get to that in a few… 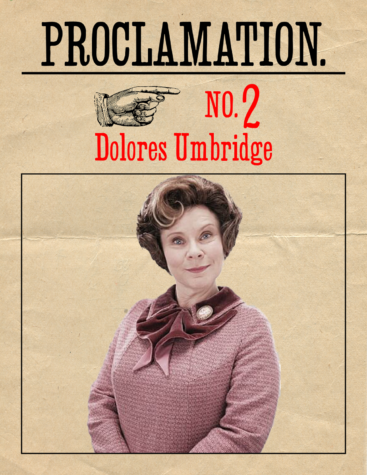 Dolores Umbridge is the shaving rash that lives under my pits. Disgusting. Itchy. Annoying. And eventually disappears.

She abuses her power whenever the opportunity arises, she inflicts physical punishment on children, she sets up the Muggle-Born Registration Commission — persecuting innocent wizards — another racist! 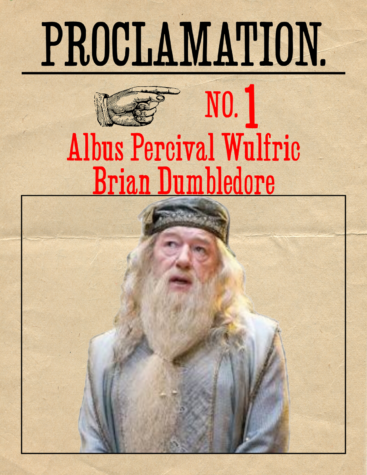 Everything goes according to plan for good ole’ Professor Dumbledore. An evil mastermind.

Even writing his name now makes me sick to my stomach.

First of all, Dumbledore gave Harry to the Dursleys, knowing their abusive behaviors. He is alone responsible for the first eleven or so trauma-filled years of Harry’s life. Do child services not exist in the wizarding world?

This kid is the actual chosen one, and you are forcing him into a house that will completely diminish his self-worth. That’s seriously messed up.

Dumbledore is twisted: he awarded extra points to Gryffindor after already announcing Slytherin as the winners of The House Cup. It is one thing to clearly favor a house, but dangling the sweet, sweet taste of success in the face of the most success-crazed students is just beyond cruel. Do it beforehand or not at all dude. Also, can someone explain to me how Neville helped at all in the Sorcerer’s Stone? Where are these 10 points coming from?

Dumbledore groomed an eleven-year-old to defeat the most dangerous wizard in the world, not good headmaster material. But he did so in the most dangerous place in the world — and he didn’t seem super concerned about the physical or mental effects on Harry. Like get him a therapist at the very least, don’t just let him watch old memories from the silver birdbath in your office.

I mean, he ran Hogwarts, the most dangerous place in the world and did incredibly little to keep Harry and the other students from running into threat after threat. Here is just a quick list of Hogwarts’ child endangerments:

Dumbledore’s ability to overlook all of the dangers at Hogwarts makes the Trunchbull (and the chokey) look eligible for school administrator of the year!