Since the McDonald’s Shamrock Shake was first m-introduced in 1970, flurries of fans have awaited March 1 for the season’s first sip of the minty green drink.

Over the decades, the Shamrock Shake has become a cornerstone of the St. Patrick’s day season, sparking an obsessive following.

In their effort to investigate the mystical shamrock spirit, the trio faced many potholes on their journey – both real and metaphorical.

Like the legendary journey to the end of the rainbow, our reporters visited several sets of the Golden Arches. After visiting four McDonald’s locations, perseverance seemed to be the team’s lucky charm, enabling them to collect their shakes and, after collecting their thoughts, share their reviews.

Here is what our team of reporters had to say about their St. Patrick’s Day McDonald’s experience. 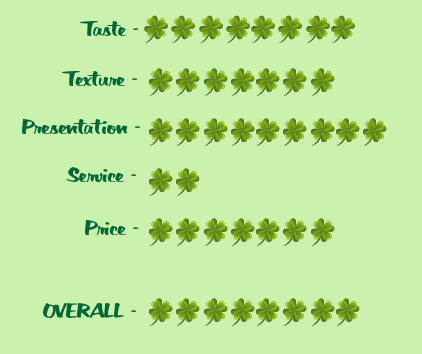 Despite the massive enthusiasm surrounding this shake, I had never seen the appeal in a mint-flavored drink before this excursion. Honesty, I wasn’t quite sure what to expect for my first taste of the seemingly hyperbolized Shamrock Shake.
After meeting with three broken ice cream machines, my overall impressions weren’t very positive.
However, when I finally took hold of that mystical drink, I was immediately swayed.
Not only was I impressed by the shake’s glorious green gradient, but the chill of the drink in my hand, coupled with the light scent of spearmint and vanilla, was truly magical.
My first taste only reinforced the aesthetics of the drink. Although the shake’s texture was just a little too thin, its flavor was enough to evoke feelings of a misty spring day.
That famous, masterful blend of mint and vanilla left me wanting more without overpowering, and I immediately became a fan.
As opposed to McDonald’s regular chocolate shake, this shake felt fresh and airy, making the extra cost worth it.
Ultimately, the drink left me pleasantly surprised, and it’s safe to say that I’ve now joined the ranks of Shamrock Shake enthusiasts across the country. 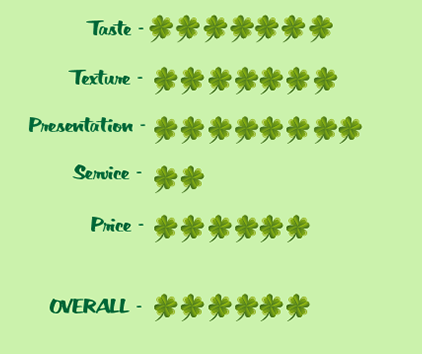 After negative experiences with this classic drink in the past, my expectations for the Shamrock Shake’s return were subpar at best.
My original memory of the drink was heavily reminiscent of the taste of toothpaste.
With such a cutthroat fan base however, I made sure to keep this earlier analysis to myself.
The loyal “Shamrockers” convinced me to give the drink another chance, and thus began what would become a four-McDonald’s trip.
When I finally held the shake in my hand, I was shocked (shook?).
The color was delightful, creating a smooth gradient through the clear plastic cup, as snow-white ice cream faded to minty green.
The Reddi-wip topping did its job, and the shake passed the thickness test.
What surprised me most about this shake was the flavor.
While I remembered it to be almost sickening in the past, the sweet and minty flavor was balanced nicely, creating a refreshing experience.
While most shakes generally leave me feeling gross, the mint succeeded in counteracting this effect.
Have I had better shakes?
Yes.
But the Shamrock Shake exceeded my low expectations at a reasonable price.
The only negative was the treasure hunt I was forced to undertake to acquire the drink.
Perhaps the true story lies in the ice cream machines; why do workers have such a fearful look in their eyes when you ask for a Shamrock Shake?
What is McDonald’s hiding from the public?
We may never know for sure.
What I can say for certain is that the Shamrock-cult has just earned a new member. 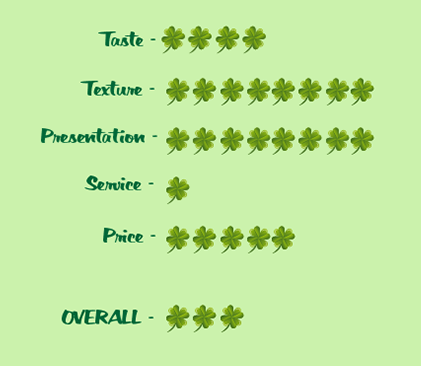 Despite not being the worst shake I’ve ever tasted, the Shamrock Shake is severely overrated. The “Cult-like” following surrounding the limited edition item is largely undeserved in this reporter’s opinion.
The shake tastes all too much like a fresh tube of Crest.
Its only redeeming features are the shake’s texture and the presentation. The mint-green gradient and whipped cream lure the customer into thinking they are in for a treat, just to be let down by the toothpaste-esque flavor.
Our team visited three McDonald’s locations with allegedly “broken” machinery. Is this an effort to create the illusion of scarcity? To create a false sense of demand?
We were able to finally order shakes at a fourth franchise, paying a hefty $2.69 for each — money that would have been much better spent on a Big Mac or a classic chocolate shake.
Overall, the Shamrock Shake is a lot like a rainbow with no pot of gold at the end. I had high hopes — and was highly disappointed.