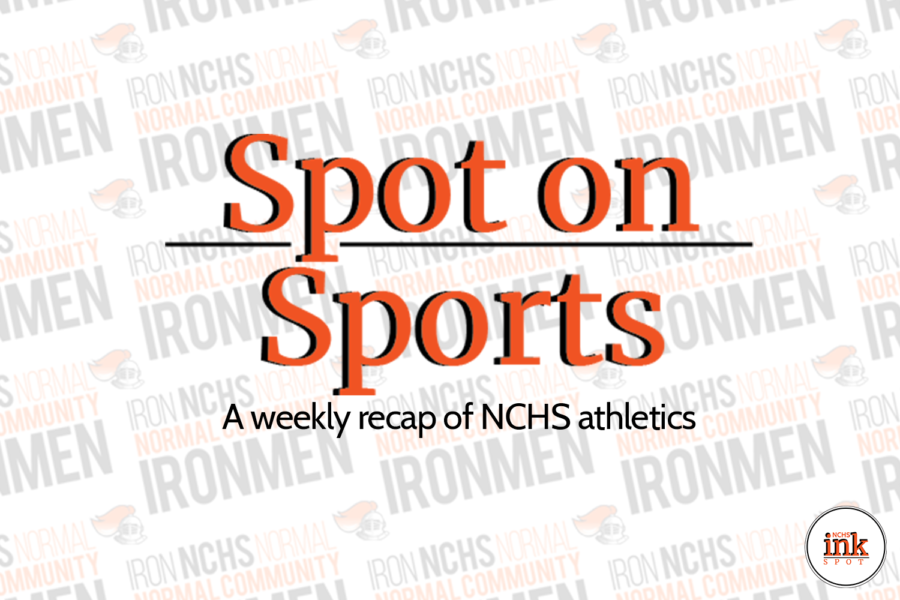 Boys Tennis
The Community boys tennis team is 5-0 to begin the season with team wins over Big-12 rivals Bloomington, Peoria Notre Dame and Normal West by a combined score of 24-3.

On Saturday, April 23, the Ironmen continued their domination, swinging their way to a first place finish at the JD Sinnock Invite in Springfield.

Community makes the short trip across town to take on the Central Catholic Saints on Wednesday, April 27.
Girls Soccer
The Lady Iron (8-4-2) proved that they were the queens of the jungle in an 8-0 shutout win over the Peoria Lions (0-6) on April 12.

On Friday, April 15, the Lady Iron collected their second consecutive shutout 5-0 against the Joliet West Tigers (8-8-1).

Four days later the favor was returned to the Lady Iron as they were shutout by Peoria Notre Dame (8-4-1) in a 1-0 loss.

A 2-1 victory over Glenbrook South (5-9) put Community back on the right track before a 5-2 loss to Morton (6-2-3) on Monday, April 25, brought the Lady Iron’s record to 8-4-2. Community looks to pick up their fourth Big-12 win of the season when they travel to Champaign Central (6-5) on Wednesday, April 27.
Girls Track
The Lady Iron set season best times in the state of Illinois in two relays at the Bloomington Invitational on Friday, April 15.

They earned the state’s best time so far this season in only their second time running a race together this year.

Victories from Ince in the mile and Ruth Oliveros-Gallardo (’23) in the shotput gave Community four event wins on the day, as they finished 3rd place out of 18 teams.

After competing in a dual meet against Big-12 foe Champaign Centennial on Tuesday, April 19, Community celebrated senior night at the NCHS Invitational on Friday, April 22.

Times were not posted on Athletic Net for either meet.

Ziemer and Ince finished off the week facing some of the best distance runners in the state at the Distance Night in Palatine meet Saturday, April 23.

U-High and Community are the teams to beat, as the Lady Iron look to avenge two narrow losses to the Pioneers at earlier meets this season.
Softball
The Lady Iron (9-5) began a five game stretch with a 7-4 win over the Mt. Zion Braves (13-7). In six innings, Lindsey DeRoeck (’22) had 13 strikeouts on the mound.

The Lady Iron followed up with a 3-2 victory over the Bloomington Raiders (11-4). Emma Conover (’23) led the Lady Iron with 2 RBI’s. Annika Brown (’23) also contributed to the Lady Iron run total, as she mashed her first home run of the season.

The Lady Iron were then shut out by the Pontiac Indians (12-4-1) on April 15. The next day, the Ironmen split a double-header against the Morton Potters (4-10). In the first game, the Lady Iron “stupefied” the Potters 16-1. Lindsey DeRoeck (’22) led the Lady Iron, going 3-3 at the plate with 4 RBIs. DeRoeck also pitched four innings, striking out six while allowing one run.

In game two, the Lady Iron were defeated 2-1 in a pitcher’s duel. Next, the Lady Iron were victorious over Peoria Richwoods (2-5) by a score of 8-2. Cadan Brinkman (’22) led the Lady Iron at the plate, going 4-4 with three RBI’s. It was another strong outing for DeRoeck as she struck out 11 through five innings on the mound.

The Lady Iron then swept a double-header against the Mattoon Green Wave (4-10). In game one, the Lady Iron won 16-5. Conover led the Lady Iron with four RBI’s. Leigha Luering (’23) was strong on the mound, going 3.1 innings and securing the win.

In game two, Brinkman and Murphy Sweeney (’22) both had two RBI’s in a 4-3 win. Tessa Bittner (’24) pitched all seven innings and earned the win.

Tonight, the Lady Iron travel to Mahomet to play the Bulldogs (9-1) in non-conference play.
Boys Lacrosse
The Purple IronCats boys lacrosse team began a three-game stretch of play on Saturday, April 16 as they declawed the O’Fallon Panthers (1-3) 11-0. The shutout by goalie Quinn Butler (NCHS, ’24) was the first in program history.

The co-ops first away game of the season came against Lincoln Way West (4-3) on Monday, April 17. Unlike Saturday’s match, the high caliber offense was in the Warriors hands, as they sent B-N packing in a 10-0 shutout of their own.

Following a scoreless affair on Monday, the Purple IronCats faced another conference opponent, the Minooka Indians (3-4), on Tuesday. Minooka prevailed with a 9-2 victory. After suffering the pair of losses, the co-op fell to 2-4 overall (1-4 in the South Suburban Conference).

On Saturday, the co-op followed their two mid-week losses with an 8-7 victory at Hillcrest (1-5).

Taking the field on Monday for another conference match against Washington, the Purple IronCats entered the match sitting at 3-4 in conference play, against a Washington team undefeated in conference (6-0 Southwest Suburban Conference). Come game time though, the co-op lost goalie Quinn Butler due to an injury in the first quarter, and went on to drop the match to the Panthers 17-3.

The Purple IronCats Varsity squad does not compete until Tuesday, May 3, when they take on Andrew High School (5-2) at Bloomington High School’s Fred Carlton Field for senior night.
Baseball
The Ironmen (7-12) began a four game stretch with a walk-of hit by Jacob O’Day (’23), fueling a 4-3 victory over the Peoria Richwoods Knights (9-6) on Thursday, April 13. Richwoods then defeated the Ironmen the next day 4-3.

The next week, the Ironmen were defeated by West 1-0 in a second consecutive extra inning game. Chase Wiese (’23) struck out seven wildcats across seven innings of scoreless pitching. Osten Muhlhauser (’22) and Ethan Eberle (’24) combined to relieve Wiese on the mound.

Community had a chance to tie the game in the bottom of the tenth, but the Wildcats turned a double play to prevent the tying run from crossing the plate.

On Saturday, April 23, the Ironmen lost both games in a double-header against Big-12 opponent Champaign Central (16-4). The first game was 5-4 and the second game was 9-3.

Community plays at Peoria High (0-7) tonight.
Girls Lacrosse
The girls lacrosse co-op defeated the O’Fallon Panthers (2-9) 15-9 on Saturday, April 16 in their lone match of the week. Makenna Grisinger (BHS, ’22) and Laynee Scheck (NCHS, ’22) led the scoring for the Purple IronCats, with Grisinger potting 10 and Scheck following with 5.

The duo of college signees in Grisinger and Scheck had one assist each and were the only point-getters for the team.

The Purple IronCats were victorious on senior night against the Plainfield Cheetahs (3-5) as they won 18-8 behind seven goals from Grisinger and five goals from Scheck.

Next on the schedule for the Purple IronCats is the Minooka Indians (2-5) on April 28.
Boys Track
Sprinter Evan Lowder (’22) and thrower Alex Sohn (’23) represented Community at the Kankakee Kays Invite on Saturday, April 16.

Sohn won the shot put by over 17 meters and out threw the competition in the discus.

The boys track team joined the Lady Iron in a dual meet against Champaign Centennial on Tuesday, April 19, and also competed in the NCHS Invitational on Friday, April 22.

Times were not posted on Athletic Net for either meet.

The Ironmen compete in intercity tonight at Bloomington, with hopes of dethroning Normal West who won the competition last year.