Athlete of the Week: Isabelle McCormick 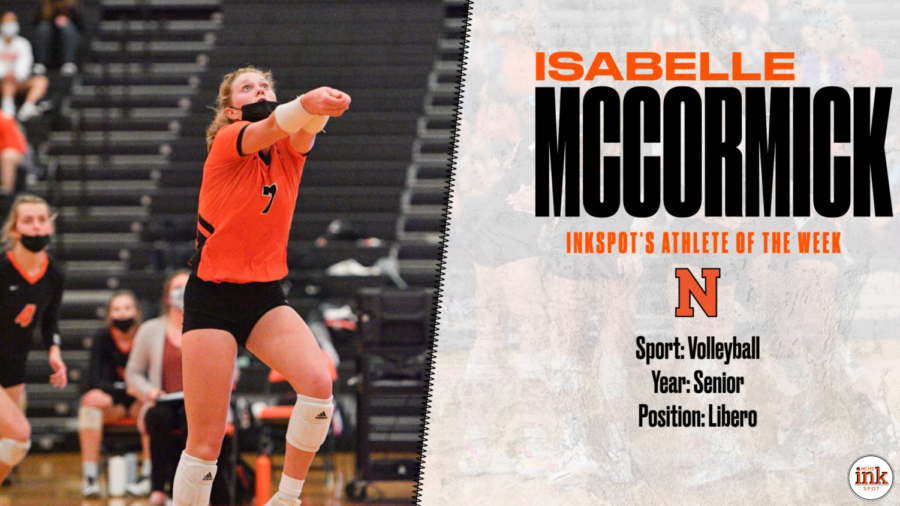 Pre-Game Routine: “If we’re at home we go to the weight room and jam out to music, and we do our little chants and get hyped for the game.”

Biggest Strength as a Volleyball Player: “Being a good teammate and leader on the court and making it a lot of fun is probably my biggest strength.”

Favorite Moment of Career: Winning the Regional Championship in 2019. The Lady Iron came from behind in the third set to defeat Moline.

Favorite Moment of Season: The Oct. 19 game against West “was pretty crazy. It was our third year in a row winning Conference and knowing that it was against our rival . . . it was a lot of fun.”

Goal for Remainder of the Season: “Playing every game like it could be your last,” especially since there was no postseason last year.

Postgrad Plans: McCormick is committed to play volleyball at the University of North Dakota where she plans to major in Early Childhood Education.

What’s Next: McCormick and the Lady Iron wrap up the regular season with two games Saturday Oct. 23 before hosting the Regional Championship Thursday Oct. 28.

Fun Fact: McCormick played for the NCHS tennis team last year since the volleyball season was pushed back to the spring because of COVID.