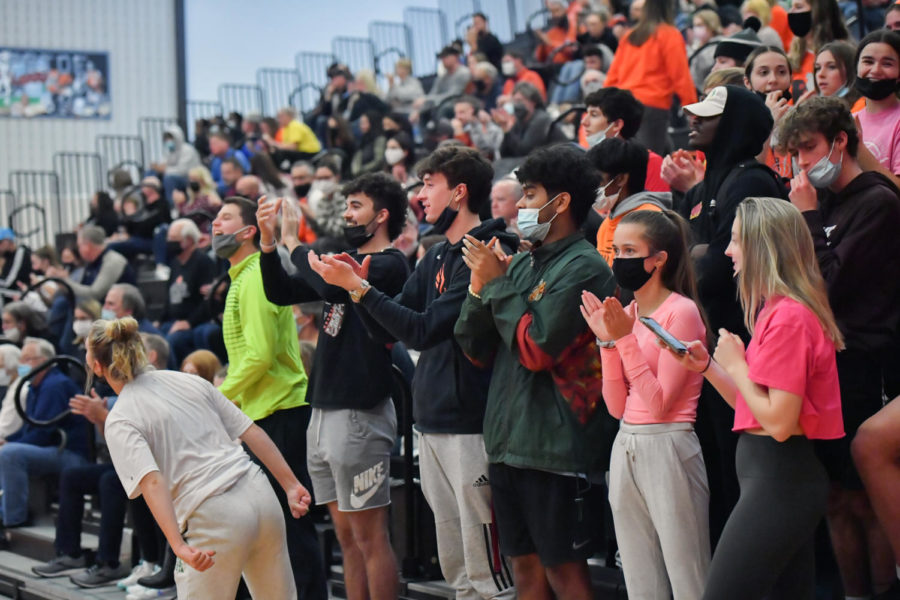 Girls Track
Ali Ince’s time of 2:05.42 in the 800 meter race at the Arcadia Invitational in California broke the all-time record for the event at the prestigious national meet.

While Ince ran in California, the rest of the Lady Iron competed in Metamora on Saturday, April 9.

Community finished second out of fourteen teams after earning first place finishes in five events, despite the absence of distance runners Ince and Olivia Hartke (’22).

In the field, Ruth Oliveros-Gallardo (’23) overpowered the competition in the shot put and Sydney Chong (’22) soared past her opponents in the triple jump.

On Monday, April 11, Ince returned to compete with the team in a meet against Normal West.

The competition was not officially scored.

The team’s next varsity meet is the Bloomington Invite on Friday, April 15.
Boys Track
The Ironmen earned team victories in a tri-meet at Pontiac on Tuesday, April 5 and a fourteen team Metamora meet on Saturday, April 9.

Alex Sohn outhrew the competition in the shot put and discuss events while Charles Cruse set the bar high in the pole vault, winning with a vault of 4.70 meters.

Tonight, Community competes at Normal West in a meet solely between the Ironmen and Wildcats. Normal West won the indoor Big-12 meet back in March while Community finished second.
Softball
The Lady Iron (3-3) brought the Champaign Centennial Chargers (0-5) to a halt with a 15-0 shutout victory on Saturday, April 9. The game was called with Community up 15-0 after four innings.

Lindsey DeRoeck (‘22) was surgical on the mound, striking out nine and allowing one hit through four innings en route to a win.

Tonight, the Purple IronCats face Central Catholic in the Saints’ first ever game as a program.
Girls Soccer
The Lady Iron (5-1-2) were shutout for the first time this season, tying Richwoods (5-3-1) 0-0 on April 5. Two days later, Community declawed the Urbana Tigers (1-4) in a 9-0 victory.

Shifting back to non-conference action, the Lady Iron defeated the Moline Maroons (5-2-2) by a score of 6-3 on Friday, April 8.

Tonight the Lady Iron will play host to the Peoria High Lions (0-3) at 4:30 p.m before finishing up the Intercity tournament against Central Catholic tomorrow.
Baseball
The Ironmen baseball team swept a doubleheader against Champaign Centennial on Saturday to remain undefeated in Big 12 conference play thus far.

In their first game against the Chargers, Community led the charge, winning 13-3. On the bump, Ethan Eberle (‘24) pitched four hitless innings and got the win.

In the teams second meeting, Centennial pulled closer, rallying with four runs between the 6th and 7th innings, but ultimately falling to the Ironmen 9-5.

The Pioneers held off a late Ironmen rally, which included a two RBI triple by Chase Weise (’23), to win 13-6.

With the loss, Community falls to 5-7. The upcoming schedule includes back to back games against Peoria Richwoods, tonight at home and Thursday on the road.
Girls Lacrosse
The Purple IronCats (2-3) were defeated by the Lockport Porters (6-0) by a score of 21-9 on Tuesday, April 5. Despite the loss, Laynee Scheck (‘22) and Mak Grisinger (‘22) both recorded hat tricks.

The Purple IronCats then picked up their second win of the season defeating the Washington Panthers (0-3) 11-9. Grisinger recorded seven goals in the game, also notching the 100th goal of her career.