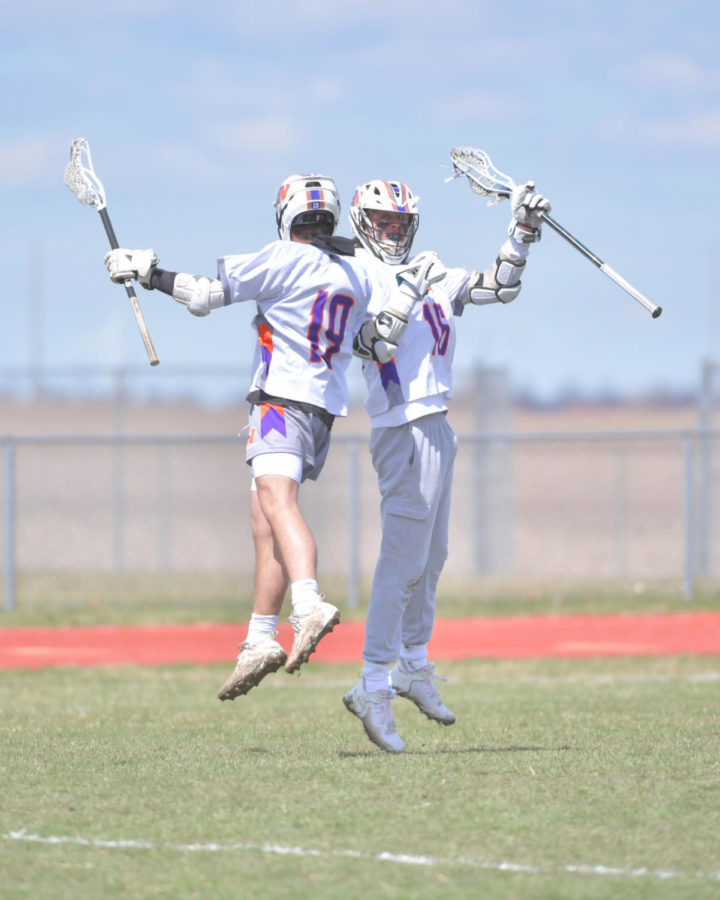 The B-N Lacrosse co-op, in its sophomore season of competition, is a combination of players from Normal Community, Normal West, and Bloomington High Schools. Through the teams first three games this season, they are 1-2 overall and in Southwest Suburban conference play.

In 2021 the Purple IronCats finished with a 5-8 overall record (3-5 Southwest Suburban Conference), falling to Providence Catholic in the first round of the IHSA State Series.

The Saints, who are led by former Illinois State University club lacrosse coach Vincent Rasa, are competing at the junior varsity level this year with the expectation of transitioning to varsity next season.

Rasa led the Redbirds from 2018 to 2020, competing in the Men’s Collegiate Lacrosse Association.

The Warriors, who are the sole club lacrosse team in Bloomington-Normal, field both boys and girls teams from the 8U to High School age groups.

Central Catholic defenseman Max Hornsby (‘22) said the experience Rasa holds as a coach is “great for all [of] the new guys… he knows how to handle everyone’s situation differently.”

He came into the program knowing he had to start with fundamentals and the very tedious [skills],” Hornsby said.

Nearly a year ago this month, B-N geared up for their first test as a program, facing Plainfield North. It took the Purple IronCats four games to get their first win against O’Fallon at home.

Ahead of Central’s first game, Hornsby said “we have a lot of kids who have never picked up a stick before.” Hornsby added that as a team “for this being our inaugural season, we have come a long way.”

Although according to Hornsby, the team is prepared to start competition, the process hasn’t come without obstacles. Receiving equipment has been a “big challenge” for Central.

“We’ve already had to move games due to it [lack of equipment] and haven’t been able to go full contact yet,” Hornsby said, “but [we] finally have all [of] our equipment four days before our first game.”