Athlete of the Week: Karleigh Creasey 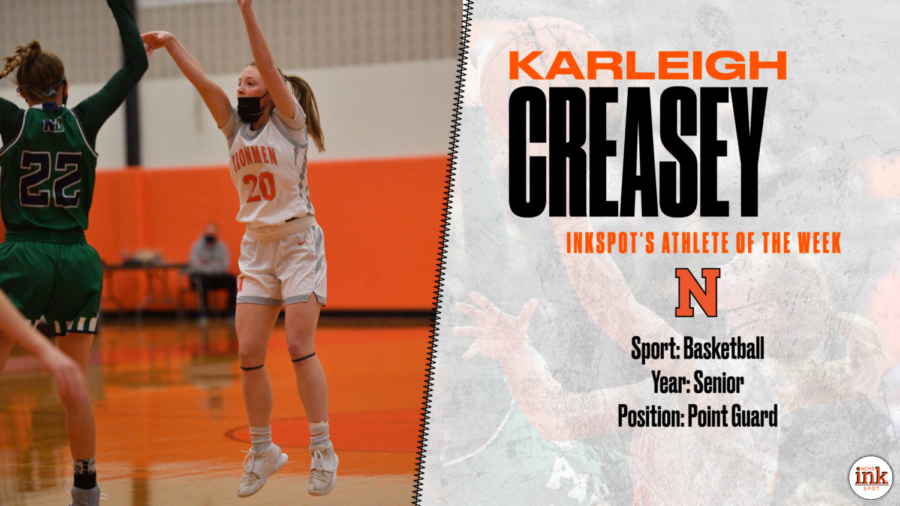 Pre-Game Routine: Creasey eats apple slices before every game, and she likes to shoot around at halftime of the JV game while listening to music.

Post-Grad Plans: Creasey is committed to play basketball at the University of Wisconsin-River Falls where she plans to study on a Pre-Physician Assistant track.

Favorite Moment of Career: “Going to Arizona my freshman year for our winter trip.”

Hardest Part of Basketball: “Not letting your emotions show on the court and moving on after every play, even if you make a mistake.”

Team Defense School Record: Creasey and the Community defense held opponents to a record low 30.5 ppg last season. “We’re basically … playing defense how we wouldn’t want to be guarded ourselves,” she said. “We’re just trying to be annoying in the best way possible.”

Individual Goal for the Season: Creasey views herself as a “pass first” point guard and wants to become more of a scoring threat this season.

What’s Next: After defeating Central Catholic 62-38, the Lady Iron continue play in the Intercity Tournament with a game against U-High, Friday Nov. 19 at Bloomington High School.