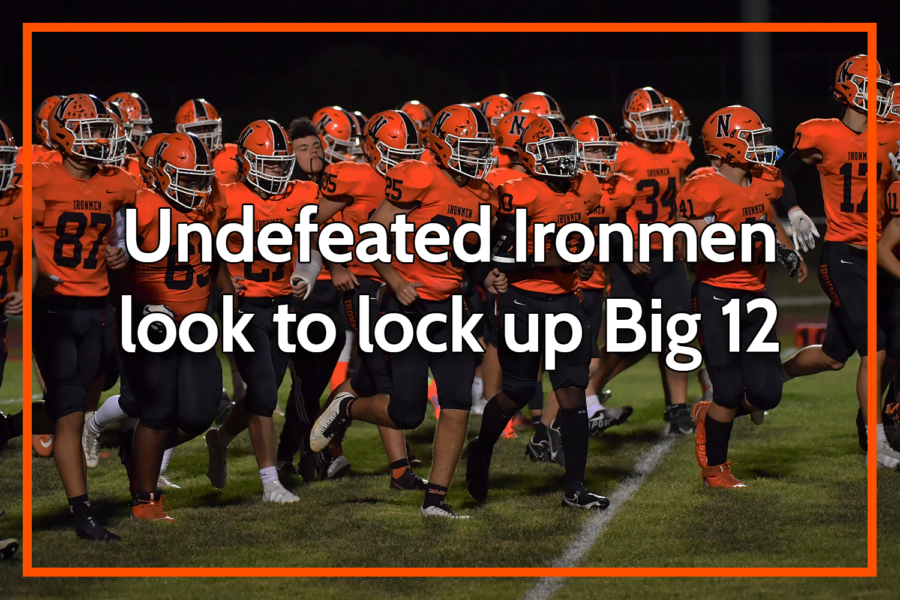 The undefeated Ironmen take on the 4-1 Peoria High School Lions at Peoria Stadium on Friday, October 1, with a win and one more in the season’s three remaining games, the Ironmen seal a Big 12 Conference title.

The “team that wins this game,” Head Coach Jason Drengwitz said, “is going to be in the driver’s seat to win the Big 12,” the Ironmen’s ultimate goal.

Friday night looks to be a both for the Ironmen.

A win over the Lions guarantees the Ironmen a trip back to the IHSA playoffs, after their 24 year postseason streak ended last season.

The Ironmen are outscoring opponents 223-57, averaging 44.6 points per game, while holding opponents to an average of 11.4 points.

But, Community will need to execute in all phases of the game come Friday, Drengwitz said.

Peoria High’s offense has “a lot of big playmakers,” Drengwitz said. The Ironmen have to stop the Lions run game. Upfront, the Lions are big, physical, and experienced.

Offensively, Drengwitz said, the Lions are well rounded. If the Ironmen are able to shut down aspects of Peoria’s offensive game plan, they “have a way to come back.”

The Ironmen offense needs to capitalize on what Peoria does “schematically defensively,” and “win some one on one matchups,” according to Drengwitz.

Drengwitz described Peoria’s special teams play as “unique,” the Lions “onside kick all the time” so the Ironmen have to focus on securing the ball.

Despite the challenge that Peoria poses, their 4-1 record is the result of only three on-field victories. Peoria was awarded a win after the Manual Academy Rams forfeited the teams’ week four matchup.

“To be a great team, you’ve got to be able to win on the road,” Drengwitz said, which will be the Ironmen’s challenge as they head to the River City for a 7 p.m. kickoff.