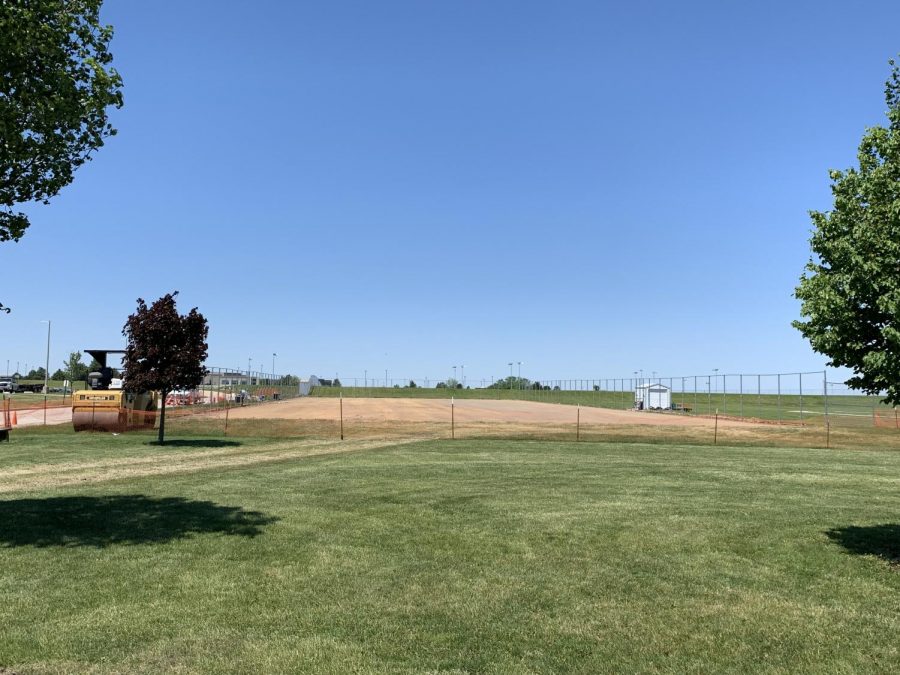 NCHS students returned to school on August 16 to see new tennis court facilities under construction. What they should have been seeing was a finished product.

A complete overhaul of the tennis facilities began the week of June 2, shortly after school let out for summer break. The layer of asphalt that was installed initially had to be taken out due to complications that came as a result of a wet spring.

The company in charge of the renovation had to restart that phase of the work at their own cost. This setback slowed down all other phases of the renovation exponentially. The original plan was for the tennis court project to be completed before the start of the fall season on August 12. The courts are currently expected to be finished the week of August 26.

With the work behind schedule, the girls tennis team found themselves displaced for the start of their season; practicing on the tennis courts of cross-town rival Normal West before relocating to Maxwell park when school resumed.

“I think everyone is doing fine [practicing at other courts]. We are very excited to get to the new courts,” senior Grace Walls said.

Though practicing at another location may have not affected the team, the effects of the renovation should prove positive going forward.

“They’re gonna be beautiful courts, we’re going to do some renovations with some benches and coverings,” Athletic Director Nic Kearfott said.  “We redid the structure and layout of the courts, which I think will be positive for players and observers.”

The girls tennis team will not have to move any home meets for this fall season.