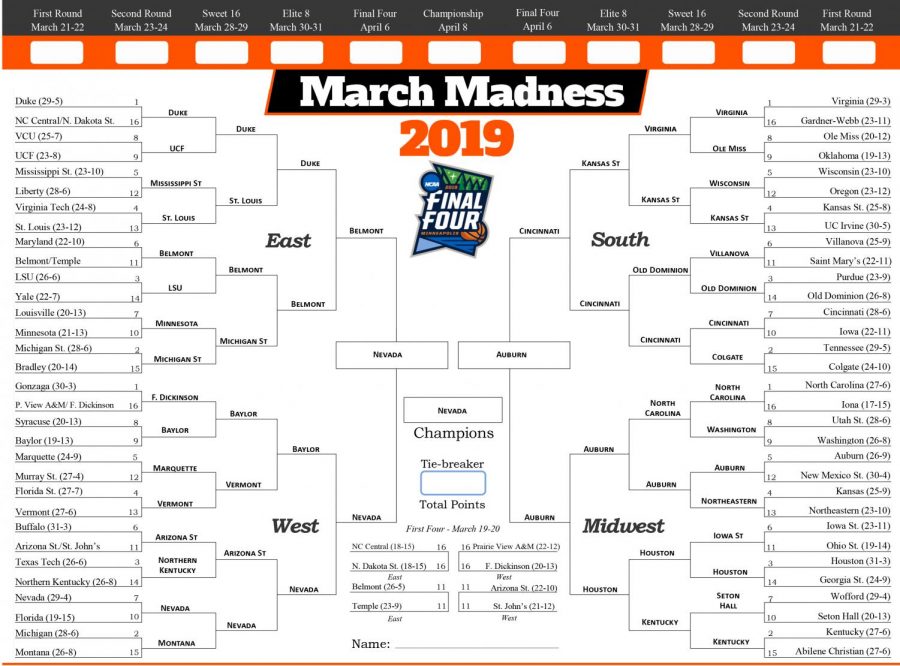 With the Final Four taking place this upcoming weekend, Inkspot staffers decided to complete a bracket of their own based on which teams’ mascot would win in a head-to-head brawl.

These picks have nothing to do with players, coaches or the team itself – they are strictly based on the threat potential of each team’s mascot.

For matchups where teams had the same mascot, preference was given to the higher seeded team.

Here is a breakdown of the Elite Eight, Final Four, and championship matchups.

A blue devil is a person and a person (even the devil) would be no match for a bear.

There would be just too many wolves for one bear to handle.

Cincinnati wins because Bearcats are very aggressive and they’re bigger than a wildcat.

Auburn wins because tigers are bigger, have stronger jaws, longer claws and teeth than a cougar.

Too many wolves for one bear to handle.

Once again tigers are too big and strong for a bearcat to defeat.

Nevada won because a wolfpack can consist of up to 15 wolves which would easily overpower a single tiger.