Keys to watch for in this year’s World Cup 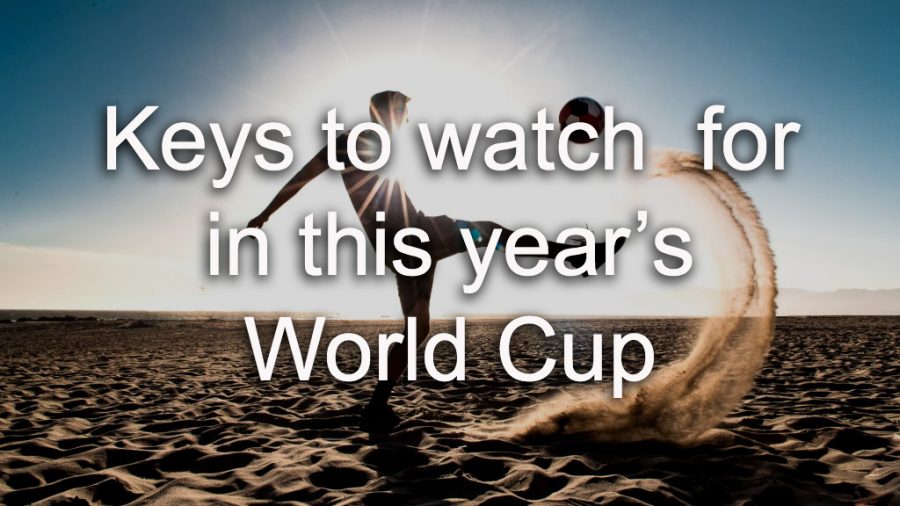 With football season ending in February (America’s most popular sport according to a poll done by Gallup), and with basketball ending in June, hockey ending in May, and the MLB will be in the middle of their 162 game season, a lot of sports fans are wondering what to watch.

One sport being played this summer that doesn’t get a lot of hype in America is soccer (ranked the 5th popular sport in the US according to ranker.com). The World Cup, starting June 14, occurs every four years, and it determines the best country at soccer. While the United States didn’t qualify this year, there is still a lot to look forward to in this year’s World Cup.

One thing to watch is to see if the Germany national soccer team will repeat as World Cup Champions. They defeated Argentina 1-0 in 2014 in the championship game with a goal by Mario Götze in the 113 minute. They also demolished Brazil, the hometown team (Brazil hosted the World Cup in 2014, and Brazil was favored to win the match) 7-1 in the semifinals that year.

Some teams that don’t have veteran players are Panama and Iceland. They both will be making their first World Cup appearances. It is a chance for them both to show the world their soccer team skills. Panama has 1000-1 odds to win it all but it would be a heartwarming story if they were able to get some points in the group stage. Iceland’s odds are better at 200-1, but they still aren’t expected to compete very much.

Another story to watch is how Russia plays in the World Cup. Russia should have home field advantage by having more fans supporting them than their opponent with it being played all across Russia. Russia’s soccer team has never been able to advance out of the group stage in every World Cup they have been to. Russia has been eliminated in the last 2 World Cups, missing both chances to get out of the group stage by one place. The question now is will Russia use this opportunity to finally get to the next round and be able to keep advancing in the tournament?

With the US not qualifying it for the first time since 1986 and Italy also getting eliminated from qualifying for the first time since 1958, there are a lot more countries in contention that aren’t as recognized on the international stage. Teams small countries like Wales, Jamaica, Cuba, Kuwait, Iraq, Indonesia, Haiti, and Canada haven’t had much success, and don’t have as many powerhouse players as other countries. Can some of the less-known countries make a run for the Cup?

Finally one of the most exciting things to watch for are the players. There will definitely be superstars like Messi, Ronaldo, Neymar, Müller, and others to watch play. Early on in Group B, there will be Portugal up against Spain. It will be fun and interesting to watch Ronaldo (arguably one of the best players of all time) square off against David De Gea, Spain’s goalkeeper and one of the best in the world. In Group G, England and Belgium will have to face off to see who will win the group. These are two of the best teams in the world, and they will have to play each other early on. Belgium is responsible for knocking out the US in the last World Cup.

Even though the US is not competing in the World Cup, it would still be an eventful event to watch. With many sports in the offseason or in the dog days of summer, the World Cup will be a great chance to branch out and watch a different sport this summer.