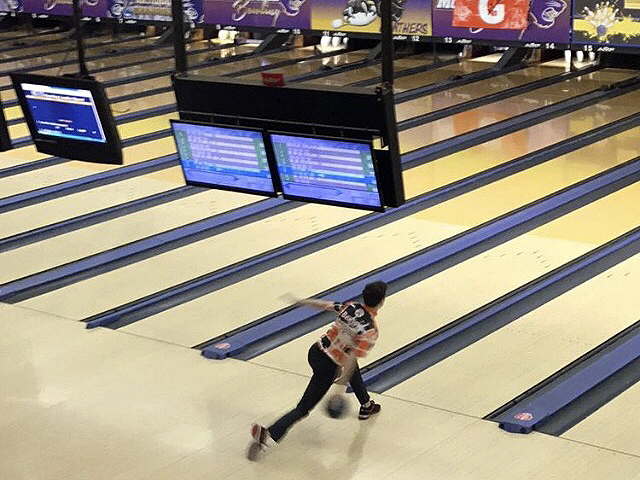 Senior Benjamin Mailloux competed in the IHSA State bowling competition. Bowling, as an IHSA sport, began in 2003. Mailloux is Normal Community's first ever competitor in the tournament.

NCHS senior Benjy Mailloux finished Friday’s preliminary State bowling tournament tied for 71st with an average of 193.7 points per game and a total of 1162 pins.

Mailloux became the first NCHS student to compete in the State bowling competition on January 26, bowling was added to IHSA competition in 2003.

The senior posted a Sectional score of 1,168, advancing him as an individual competitor to the State competition. At State Mailloux showed consistency with a total score of 1,162 pins over 2 3-game rounds.

Mailloux was 7 pins short of advancing to the 2nd day of competition.  The top 30 individuals who are not part of one of the 12 advancing teams move on.

The 18-year-old has been bowling competitively for 10 years, and practices at least 5 times a week, often at the local bowling alley, Pheasant Lanes. His dedication has garnered him a spot in the U.S. Bowling Congress Junior Gold national tournament for 3 years running.

For Mailloux, “bowling runs in [his] family.” In fact, his father Mike Mailloux is his coach.