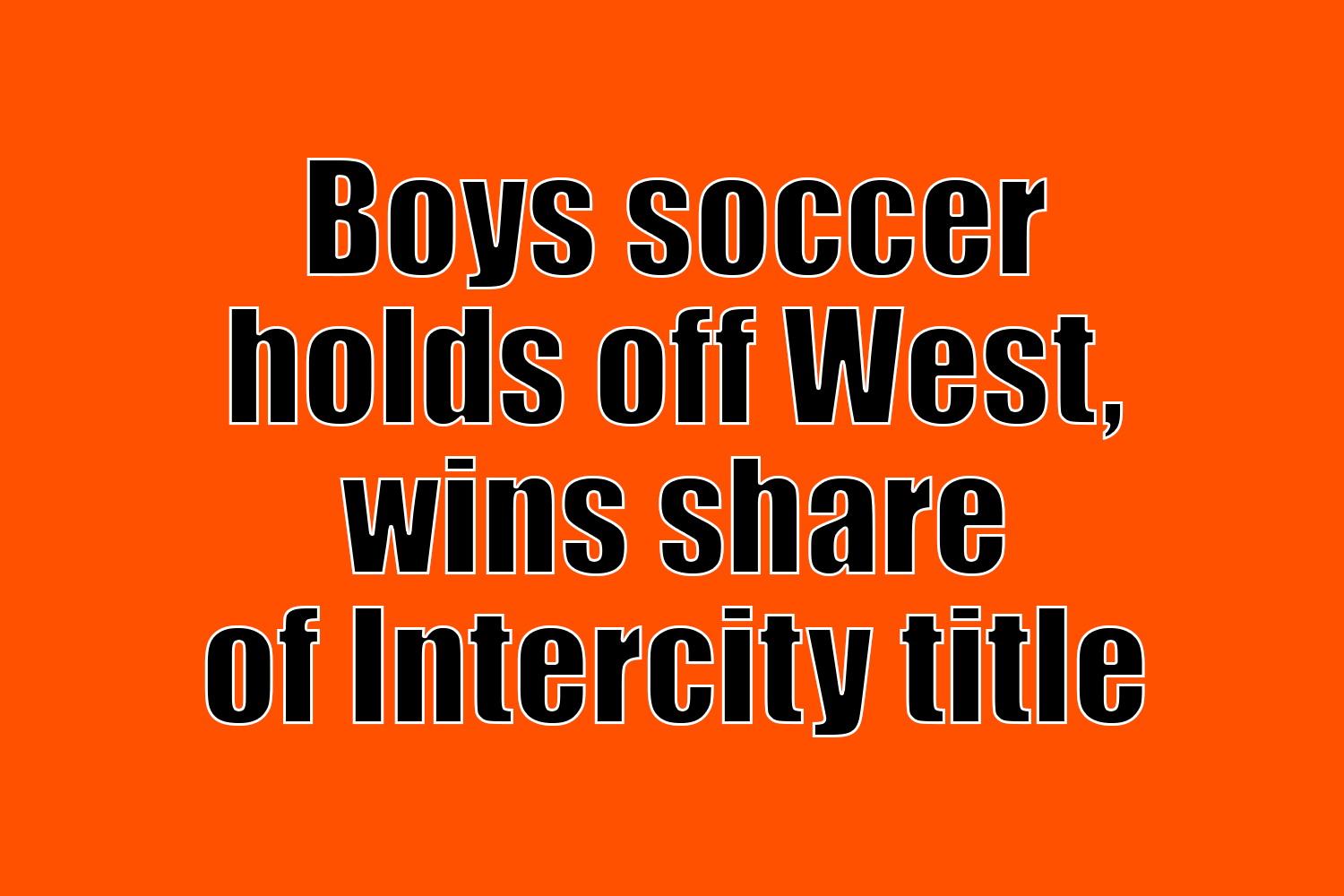 Normal West, U-High, and Normal Community finished in a 3-way tie for the Intercity soccer title. Each team lost only one game during the tournament, but because of who each loss was at the hands of no outright champion could be named. It was Normal Community High School’s win in their match against Normal West 2-0 that gave them a piece of the title on Saturday, September 2 since U-High was defeated by West and Community lost to U-High.

Nick Leming (12) scored a goal in the first half off a cross from forward Michael Reibling (10) to put the Ironmen up 1-0. Leming then returned the favor in the second half with a cross to Reibling that he put in the back of the net.

West could not get anything going on offense due to Community’s defensive starters Brady Fletcher (12), Josue Nsukami (11), Kamoy Creary(11) and Ethan Holland (11). NCHS defenders held the West forwards and midfielders to 0 goals.

Goalie Austin Woodside (12) played a large part in Community’s shut out by making 4 key saves. Then back-up goalie Grant Tetzloff (11) made an important save off of a free kick when Woodside came out of the game because of a collision with another player.

The win was a quality victory and an all around team effort.

“We did a great job working together and we put each other in good positions to succeed,” defender Adarsh Kurumbail said (11). “It was fun to see us bounce back after the U-High loss.”

Earlier in the tournament, Community lost to U-High 4-3 despite being up 3-1 with 25 minutes left in the match.

“The U-High loss was tough because looking back if we just could have held them off at the end we would have won innercity outright,” said Kurumbail.

Last year, West was able to beat NCHS at intercity, winning 1-0 with a goal being scored by West’s Jordan Walker.

“We wanted to get revenge on them so badly after West beat us last year,” defender Kamoy Creary (11) said. “It was a great win because we were coming in as underdogs and wanted to show the soccer world that we belong. We had to prove ourselves and I think that we did very well tonight.”

Normal Community is to 5-2-2 on the season and finished intercity play going 3-1; also beating Bloomington and Central Catholic.

Moving forward in regular season play, Community will face intercity rival Bloomington again on Sept. 21 and will finish the regular season at Normal West on Oct. 12.