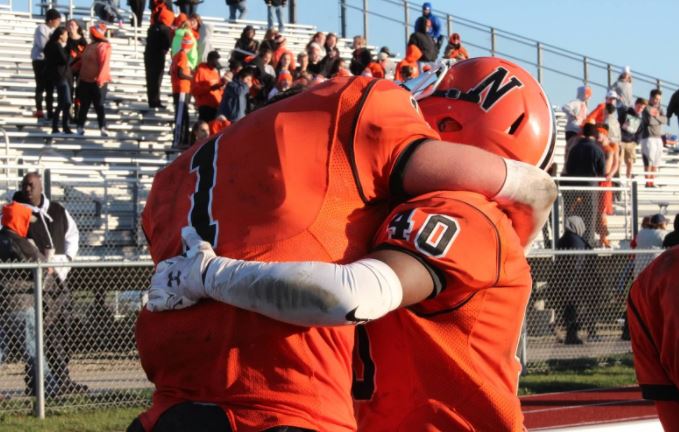 But for the Normal Community football team, you could make a case.

In Wes Temples’ tenure as head coach, the Ironmen have clinched 8 straight playoff berths. Never advancing past the second round.

You could make a case for stagnant.

That was up until yesterday.

For the first time in his career as head coach at Community, Temples is preparing for a twelfth game of the season – an appearance in the quarterfinals. The team’s first such playoff since the 2007 season under Hud Venerable.

Maine South’s head coach David Inserra knows that. A team with 3 straight 8A State titles from 2008 – 2010 now finds themselves missing the quarterfinals for a fifth consecutive year.

Temples’ Ironmen (10-1) will meet the undefeated Libertyville Wildcats on the road, Saturday at 1 p.m.

In a sport where streaks are, well streaky, what does undefeated really mean?