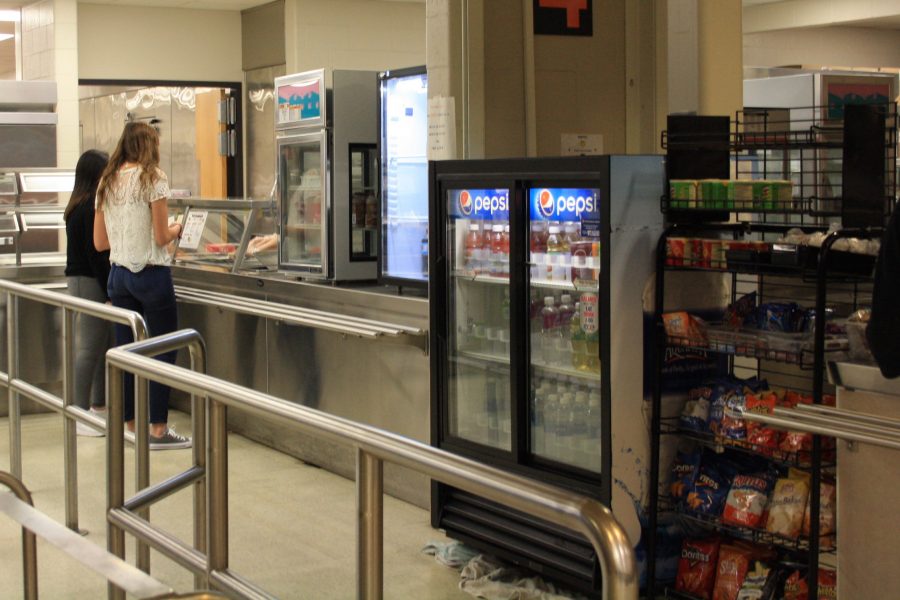 First course is whisked out: raw beets in vinaigrette. Next comes the braised salmon with lentils and leeks. To top off the meal, some Brie or Maroilles are served as part of the cheese course. This sounds like a five-star restaurant in the Hamptons, but it’s not. The setting of this fine dining experience is a middle school in Challans, France.

It’s a bit hard to picture twelve-year-olds eating such sophisticated foods, especially when compared with the foods American children eat. However, it is a reality in some parts of Europe.  These French children have been taught how to eat well from a young age because they have been fed high-quality food each day at their school. Americans have the tools to do the same with our children.

The Obama administration began to implement programs that promoted healthy eating, and put a strong focus on reducing childhood obesity during their time in office. The Healthy, Hunger-Free Kids Act passed in 2010, and Michelle Obama’s Let’s Move! initiative also began in that year.

The Healthy, Hunger-Free Kids Act set new nutrition standards for food sold in school cafeterias. Sodium intake is reduced, while fruit and veggie servings are increased. Fat content is limited to 30% of the overall meal and saturated fat must be under 10%. This act certainly promotes healthy eating habits, but a la carte items have hindered the Act from fully rejuvenating school cafeterias.

A la carte items are the main way students have access to unhealthy foods. At NCHS, the lunch lines offer Papa Murphy’s pizza, cookies, brownies, hot pretzels, Doritos, Sun Chips, and fruit snacks. Students can purchase any of these items in any quantity they choose.

Americans are literally addicted to a la carte foods. Doritos are one of the most successful snack foods ever because of the additives. A recent article from Business Insider broke down just some of the effects of the additives within the chip. Within the powder coating on the Dorito, there are several acids that “trigger the release of saliva. That’s pleasurable in itself and also a factor that makes everything taste better.” Dorito’s quick dissolving rate also contributes to its overall appeal. Because the Dorito dissolves so quickly, the brain craves more, an example of vanishing caloric density.

“Today, Mr. Moss [author of Salt Sugar Fat] says, the food companies have boxed themselves in, blessed and saddled with fattening foods that are ‘so tasty, people can’t resist eating them.’”

Because Americans are addicted to junk food, the junk food must be removed in order for the addiction to be broken. When students eat junk food daily, they begin craving it. Without a la carte items feeding this addiction, students will slowly stop craving the chips, cookies, and candy.

Just one bag of Doritos is 150 calories and includes 8 grams of fat. Though this may seem like a fairly normal and manageable amount of calories, it becomes an issue when students go further than just one bag of Doritos. At NCHS, there are many students that eat chips and a cookie for lunch. No veggies. No fruit. No whole grains. Perhaps eating like this once in awhile is fine, but when this diet becomes a daily choice, the student’s health will be negatively affected.

Food is the biggest factor when it comes to weight management. A healthy diet is far more effective for weight loss than exercise. One pound of fat is equivalent to 3,500 calories. A marathon will only burn 2,600 calories. To try and work off extra pounds is time consuming and inefficient. If Americans are truly concerned about eliminating childhood obesity, the key to doing so is through refining the food that schools offer.

In 2015, NCHS began selling Pepsi products instead of Coke products. Pepsi offered better profit margins, so the change was beneficial for the school’s financial situation.

Understandably, the profit the school gains from selling a la carte items is financially beneficial. But what are the underlying health costs? Is a little extra money more important than the health of the school’s students? If obesity keeps persisting, the school will have to compensate with an extra nurse, bigger desks, and maybe even another elevator. Yes, these may be a stretch, but clearly the costs will all even out in the end.

Perhaps the key here is cutting physical education. If schools were to cut down on funding for PE classes, it would compensate for the loss of a la carte profits. As mentioned before, trying to work off weight is inefficient. Although PE classes teach kids how to exercise, there is no guarantee that the students will actually apply it outside of school. On the other side, if schools are serving students wholesome foods, they know for certain that the kids are eating the right things and acquiring the taste for healthy foods.

Though most students would argue that they are fully capable of making healthy life choices, removing the temptation of junk food from the cafeteria would make their choice a little easier.

“‘The issue isn’t about removing children’s ability to make choices, it’s about providing healthy options and making it harder for them to access bad foods,’” says Dr. Donald Schumacher, medical director for the Center for Nutrition and Preventive Medicine.

Students cannot make the change on their own. It is time for the government to stand up and recognize the threat that a la carte items pose to students’ health. If the government will not, then it is up to the individual schools to make changes. Even small shifts can lead to a significantly healthier next generation of students.