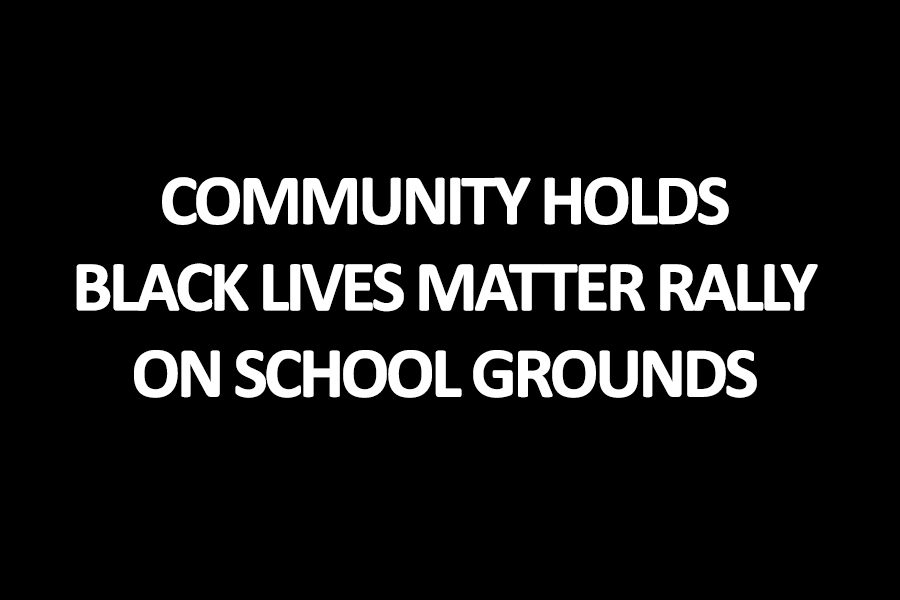 NCHS students and staff have had enough of the skepticism and the confusion. The silence had to come to an end. In order to attempt to do something about the trying experiences – something had to be said.

The Black Lives Matter Rally at NCHS was led by students on October 19. Community members, staff and students had the opportunity to speak, sharing their thoughts on various topics beyond just racial injustice. The goal of the event was to start a conversation about issues currently impacting our society. The rally did not only shed light on the Black Lives Matter movement, but also thoughts on reverse racism, transgender inequality, religious discrimination and numerous others topics.

“I really appreciate all the students who spoke out and weren’t afraid,” Psychology teacher Mrs. Katie Lopez expressed, one of the staff members in attendance. Lopez added that she has witnessed a few of the situations and has personally been guilty of taking unintentional actions that may have made people feel inferior. She felt that “the event started good conversation about things that often don’t get talked about,” and would attend at the next meeting if there is one.

Various NCHS students spoke out against their peers’ and societal attitudes and actions that make them feel less than others, trying to describe and express the discomfort of the experience.

“A few years back, I changed my name to Danny and now I can’t go in the bathroom that I associate my gender with. I shouldn’t have to settle on waiting an hour for the nurse to get back to her office so I can use the bathroom that I prefer. People telling us transgenders that something wrong with us messes with our psyche,” said a senior currently attending NCHS.

“I am black and white and I get treated differently depending on which parent I am with at the time,” junior Megan Avery said. “Being seen as a black woman because I’m darker, I have my own obstacles that come my way once in awhile.”

“When I take honors classes and I get these stares from my teachers like they don’t believe I belong in this class. After a while I find myself dumbing myself down to let them be right and I just wanted to come up here and let you all know that you shouldn’t have to water down your worth just to make someone else not feel guilty for doubting you,” I stated in my opinion at the rally.

Bystanders of the rally showed understanding of the fact that not everyone would support the movement through cheers and applause. However, the idea of starting conversation is more important than fear of not agreeing on something.

“I believe this will cause some discomfort but I believe it should because people need to speak out about it or nothing will ever get resolved,” Arnita Patterson (12) said. “How can anyone expect something to change if no one says anything to start the conversation of change?”