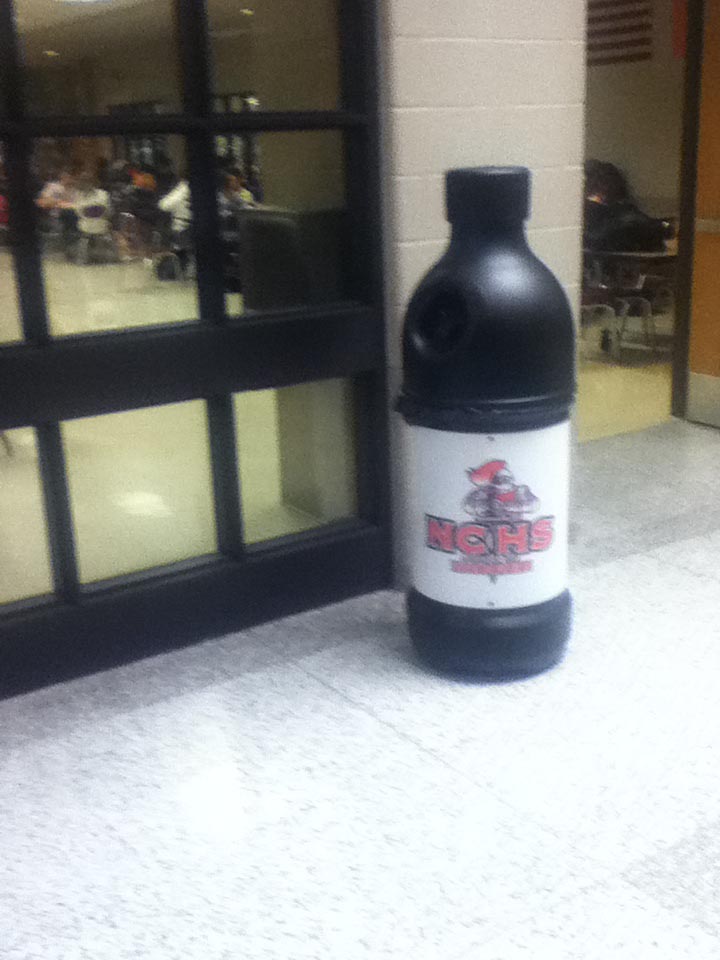 Recycling bin outside of the cafe.

There is a lack of awareness about the multiple recycling opportunities at NCHS. There are two large soda-bottle shaped recycling bins that accept plastic recyclables at the main entrances of the cafeteria. The only problem with the bins is their placement.  When students dump their trays after they are done eating, they do not pass–or even see these bins. It would not require much effort to move these bins next to the trash bins where students dump their trays.

While at junior high school, we were forced to recycle our plastic bottles at lunch. There were at least four bins next to the trash bins for recycling. The memories of junior high school beg the question, why can’t we have as many recycling bins as trash bins? There’s also the problem of the locker trash bins, the ones built into the lockers that make you feel like a secret agent disposing of a tracking device. To add recycling bins for plastic into the lockers could be something to look into.

Now, there is a blue recycling bin behind the hand sanitizer dispenser, but the other two plastic bins remain outside the lunchroom. Some students have said that they haven’t seen the recycle bin before.

Students are convinced by convenience. Students would use the forgotten bins and recycle more if more resources were readily available. Salvaging every bit of plastic we can recycle is the least we can do here at NCHS. By moving these two bins, we can recycle more efficiently.