“A-Train” on track in IHSA Pork and Pigskin competition 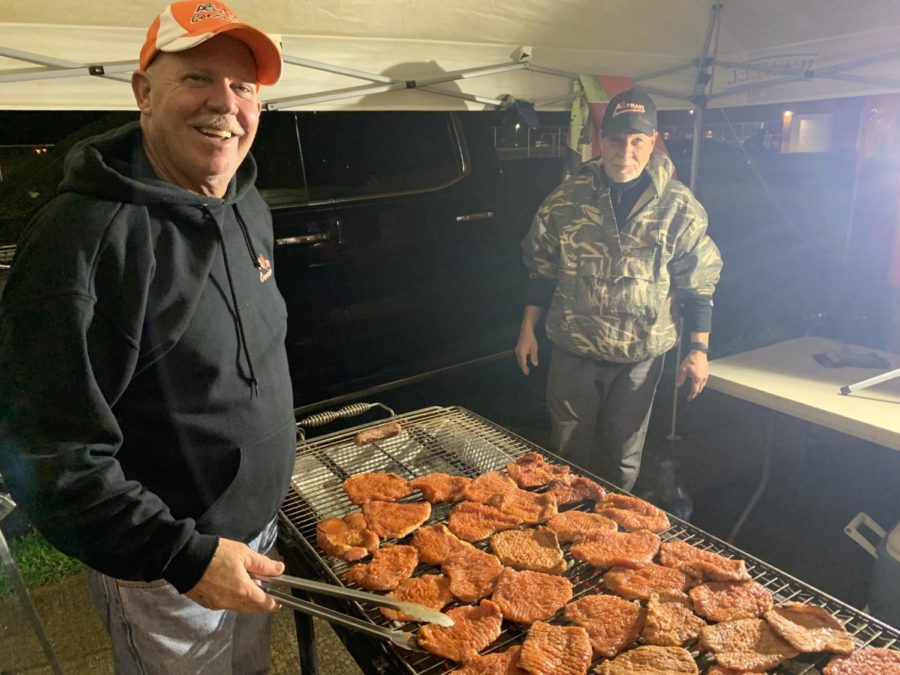 The 79 school competition, a partnership between the IHSA and the Illinois Pork Producers Association, will award the state’s concession stand with the best pork chop sandwich, the “Golden Spatula” and a State championship banner. The Pork and Pigskin winner will also receive a $500 reimbursement for pork-related costs next football season.

After the competition opened in the first week of October, fans from four regions, each named for a different pig breed, voted via Twitter and the IHSA website for their favorite pork sandwich.

Community boar-ed down the competition — advancing the A-Train to the “Savory 16” in the Duroc region with 49.2% of the vote.

The A-Train is named in honor of the late Adam Denzer, a Community alum and former Unit 5 bus dispatcher.

After 43-year-old Denzer was killed in a 2008 farming accident, his wife, Marie Farley Denzer, donated a concession trailer to Community.

The A-Train trailer, named after Adam’s nickname while playing Ironmen football, is staffed by Community alumni who donate the proceeds of their pork sandwich sales to the school.

Alums like Marty Pickett take pride in their role helping run the A-Train.

“Adam was a very outgoing person,” Pickett said, “he helped everybody.”

The A-Train helps Adam’s legacy live on as the Community’s grads help give back to their alma mater.

In the competition’s “Savory 16” round, a panel of IHSA judges taste tested the 16 concessions, narrowing down the field to one sandwich per region.

Voting for the “Flavorful Four” opens Monday, Nov. 1 and runs through Friday, Nov. 5, with the ultimate champion determined by online voting.

The “Pork and Pigskin” champion will be announced during halftime of the 6A State Championship football game at Northern Illinois’s Huskie Stadium.

A win for the A-Train, Pickett and the concessions workers said “would be awesome. It would be so cool to honor Adam.”