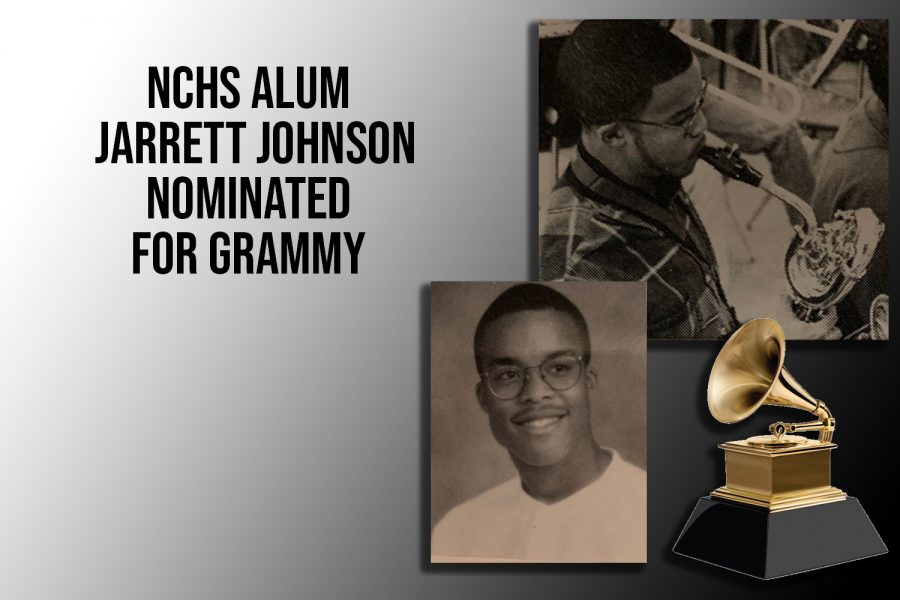 Class of 1997 graduate Jarrett Johnson is nominated for Grammy award for a song release this summer.

NCHS alum Jarrett Johnson, a member of the Class of 1997, was nominated for Best Arrangement – Instrumental or A Capella at the 63rd annual Grammy Awards.

“Lift Every Voice and Sing,” arranged and performed by Johnson and ten-time Grammy award winner Alvin Chea of Take 6 was released in mid-June and received its nomination Tuesday, Nov. 24.

The arrangement was released in honor of Juneteenth, also known as Freedom Day, a holiday celebrating the emancipation of those enslaved in the United States.

Upon its release, the a cappella arrangement received instant feedback on YouTube, with listeners claiming that “Lift Every Voice and Sing” was “Amazingly done,” as one fan claimed, “I’m on listen 40 already! Can’t get enough!”

Another fan took to Twitter to recognize the arrangement, referring to “Lift Every Voice and Sing” as a “Black National Anthem.”

The singer/songwriter/producer commemorated his nomination Wednesday morning, tweeting, “It truly is an honor to be nominated.”

The 63rd annual Grammy Awards are scheduled for Sunday, Jan. 31, 2021. “Lift Every Voice and Sing” can be streamed on Spotify, SoundCloud and YouTube.