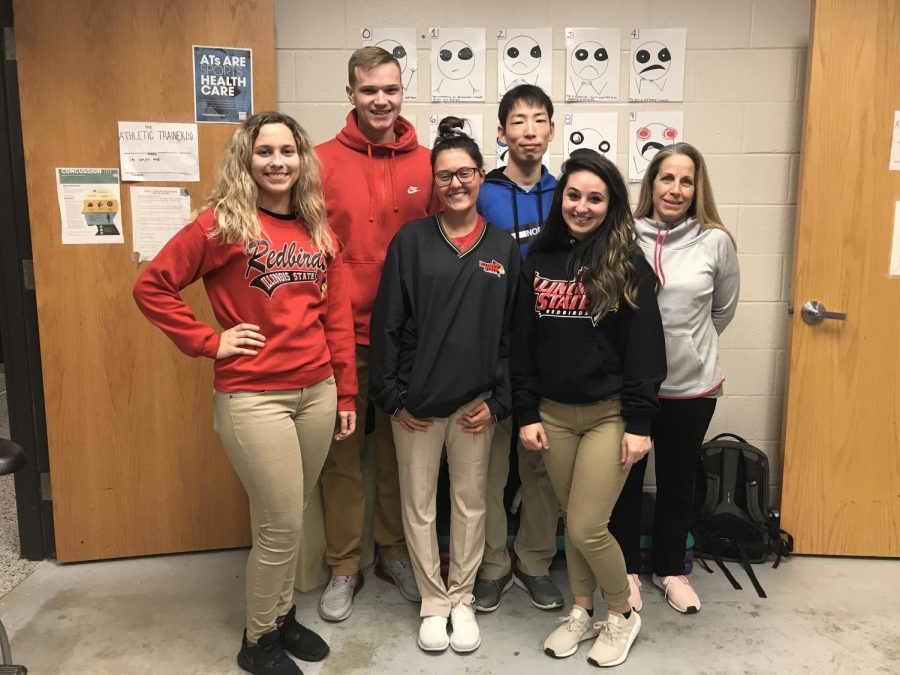 The 2019 fall athletic season marked the implementation of the Healthy Roster app into the athletic training program, allowing for improved communication of injury documentation between parents, coaches, and athletes.

Through NCHS’s partnership with The Orthopedic and Sports Enhancement Center, the trainers are now utilizing the Healthy Roster program.

Head trainer Jackie Lampert said, “The clinic has a contract for athletic trainers to be placed at all the schools,” including Normal Community, Central Catholic, West, and small schools such as Heyworth Valley.

The app is accessible on a laptop and on mobile devices making communication more convenient and quicker.

An athlete’s primary caregiver is the first to utilize the communication tool after being invited by a trainer. After which, all guardians can be added into the student’s circle of care, which provides updates on the athlete’s current condition.

“The athletic director, the coaches, you, your parents, and me – the athletic trainers,” said Lampert on who the tool communicates injury information with.

An athlete’s profile displays the health status of the player, checkpoints in their healing process, and the level of activity permitted. This could include the athlete being active, cleared, injured, or limited activity.

Increasing the use of technology has advanced the training area’s efficiency from not having to wait for trainer assistance. This allows the training department to run smoother and with shorter delays while helping a multitude of athletes.

Trainers are no longer tracking down coaches to communicate health information in person or sending a series of emails. As a result, there has been a favorable response from both the trainers and the app’s users.

Parents are enjoying the ability to communicate with trainer’s according to Jessica Barrack, ISU Graduate student athletic trainer, who said that the app allows to communicate more effectively when “there’s an injury happening at home and [parents] don’t know to go to the hospital… or just have [the athlete] come to see [the trainers]” the next day.

As the app’s messaging feature is increasing in utilization, Barrack thinks “it really has been very beneficial and will continue to get more beneficial as we all get more comfortable with it.”

One specific benefit of transitioning to online injury and health documentation – a more cost-effective method – is the elimination of paper records, resulting in more space for equipment and exercising.

“You [had] to hold on to the papers for seven to ten years,” Lampert said. “They have been here for so long.”

Graduate student athletic trainer Issei Miyaguchi has experienced both the paper and mobile documentation processes. He described the app as being a more professional method of tracking athletes’ injuries and health, as well as a faster, more effective option.

Migrating to a more efficient process has been beneficial, and implementing the app has provided the opportunity for trainers to gain knowledge about the program’s tools, improving their health services.

The app has yielded positive results due to its convenience and usability, but the training staff is expecting to explore its further services.

“You are able to put in the rehab that the athletes do,” Barrack said, “and there are also other components that we haven’t really explored yet.”