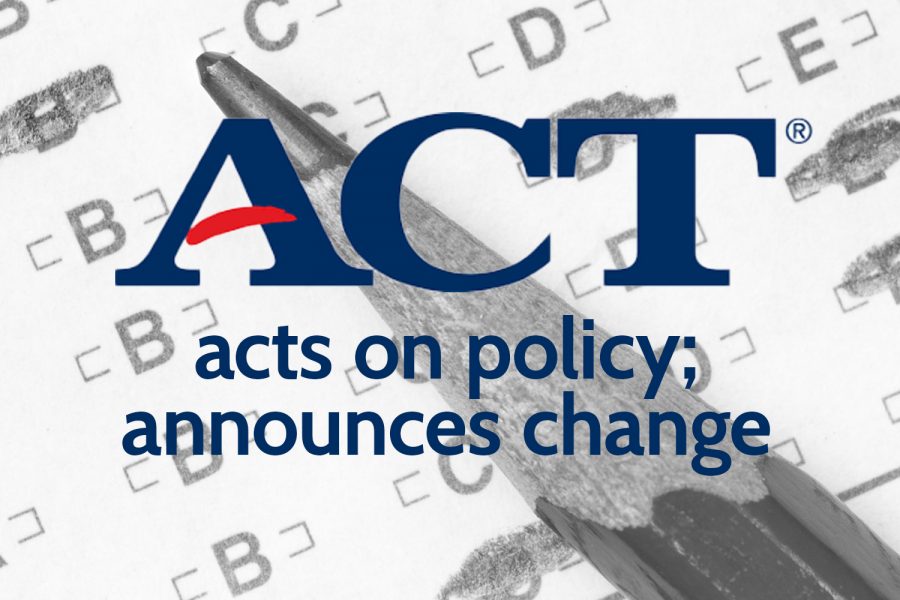 A new policy will allow students to retake individual portions of the ACT starting September 2020. Currently, students must complete all four subject sections: English, Math, Reading, and Science – in one sitting, which can have an adverse effect on subscores of later sections. The ACT is a national exam offered seven times a year, and is a factor in college admissions.

Before this shift, the 1.9 million students that take the test yearly were faced with a dilemma: is it worth retaking the entire test to try and raise one particular section’s score?

This policy change will “sav[e] students time and giv[e] them the ability to focus only on subject areas needing improvement,” said ACT Chief Commercial Officer Suzanna Delonghe in a press release.

Currently, retaking the test to improve a particular subject score can come at a cost – one section’s score can increase while another decreases. Those behind the test believe that allowing students to retake individual sections will not artificially inflate scores, and will be the “same valid, reliable indicator of student readiness,” according to an ACT press release.

The science section – which is the final portion of the test – proves to be challenging to students after three hours of testing, due to mental fatigue, according to the ACT. Students will only be able to take subsection tests after they complete one full assessment, a move designed to ensure the test remains an accurate assessment of abilities, according to the testing service.

In an effort to mitigate concerns about gaming the system, the ACT will now officially report a superscore. Superscores consist of the top subsection score for each of the four sections over the course of a student’s attempts. This overall figure will be highlighted on every ACT score report from the 2020-21 school year on. Many colleges already consider a student’s best subsection scores, while all four year colleges and universities, including highly selective institutions, accept the test as part of their admissions process.

Additionally, students will now have the option to take the ACT online. Computerized testing will be piloted at a limited number of locations and eventually rolled out to all locations. The online option will reduce the turnaround time for scores from two weeks to two days.