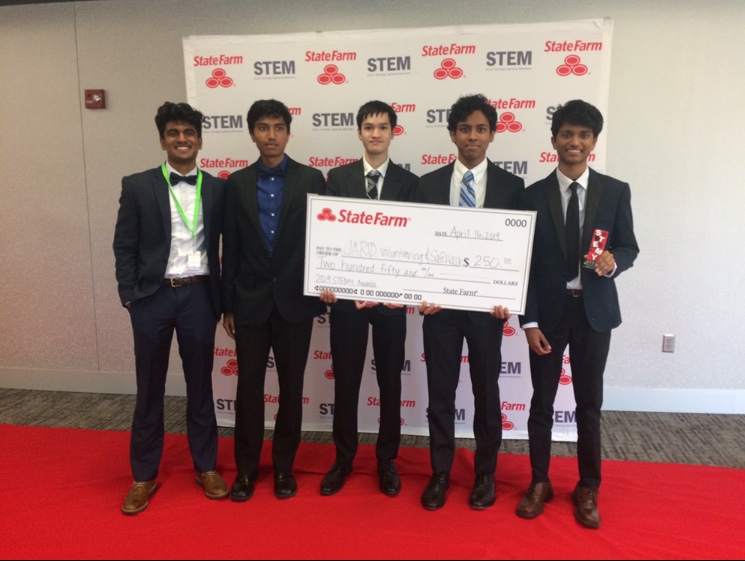 Five NCHS students’ app prototype was chosen by a panel of judges as one of two winners in a State Farm sponsored programming competition the week of April 16.

In previous years, the competition awarded one winner, but this year the rules changed and two groups were declared winners: one from West and one from Community.

The rule change by the judges came as a surprise to Sheelam and his teammates. “They announced that a group from West won and so we thought it was over,” said Sheelam “but then they announced that there would be a second winner and it was us.”

“We were put into groups of about five,” Nick Kumar (11), said, an AP Computer Science Principles student who also participated in the competition,“two groups from each hour were chosen to move on and present their ideas in front of a panel of judges at State Farm.”

Students worked on their prototypes two times a week since the beginning of the semester and presented their finished product to their peers the week of April 15. The class then decided which groups from each class should move on and present their ideas at State Farm.

Kumar’s group was chosen to present their prototype to a panel of judges from the mentorship program at State Farm. “It was a lot of fun, we got the day off and were provided with lunch,”  Kumar said.

Despite not winning the competition Kumar still has a positive outlook on the experience. “We got our names out in the business world,” Kumar said, “and we were able to meet and talk to computer science students from other schools.”