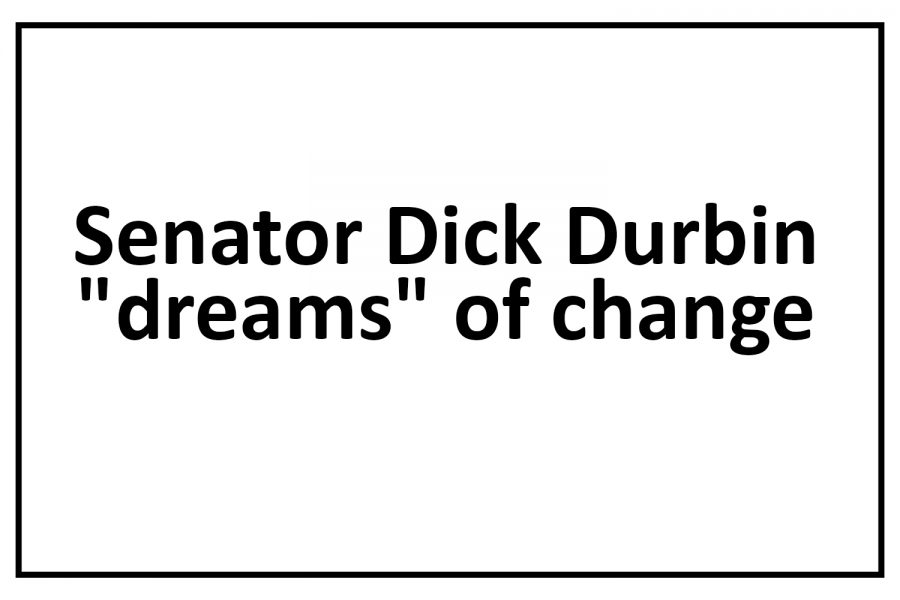 Illinois Senator Dick Durbin visited NCHS on May 1 to answer student’s hard-pressing questions on cultural issues. Durbin was quick to recognize the polarization occurring in the government and the United States as a whole, speaking of a “cultural divide which we are trying to reconcile.”

Durbin has worked to create equality in the country, especially in his development of the DREAM Act, introduced in 2001. Under the DREAM Act, an acronym for Development, Relief and Education for Alien Minors Act, children of undocumented immigrants have the opportunity to become American citizens.

The child of a Lithuanian immigrant mother and Irish-American father, Durbin has lived through some of the struggles experienced by first-generation Americans. His experience has led to a great care for the children of immigrants, inspiring his work with the DREAM Act

Trump’s goal in changing policy is to decrease both the number of undocumented immigrants attempting to migrate America, as well as those who already reside in the United States illegally.

While a large population of American citizens, especially those of more conservative beliefs, rally behind Trump, many still support Durbin’s cause. The Senator’s continual conviction is that “if you believe in what you’re doing, it’s contagious….it attracts supporters.”

The encouragement is timely for students who are doubting their impact on the political world as they fight for gun control.

Durbin assured that “students have a more convincing voice” in the gun safety debate that “outdistances” the setback of their inability to vote.

The Senator especially noted that the debate has been fueled tremendously by the events in Parkland, Florida, where a mass shooting at Douglas High School in February has made the city a household name. Several students of the school have been become leaders among teenagers across the nation fighting for stricter gun regulation.

“Parkland, Florida was the tipping point” in the gun control debate, Durbin said.

Due to the deep polarization in the government on this issue, Durbin does not expect any legislation to be passed soon, but he still believes that the debate must continue, otherwise change will never occur. The fight may be long, but the results of a victory will test time.

And Durbin is no stranger to long fights. He lost four races for political positions before finally being elected to Senate in 1996, thirty years after his introduction to the political world.

Now in his fourth term, Durbin is using his high position to support the rights of American citizens and fight for equality.

“There was a time when [the Senate] was a white man’s club…that has changed.”