Dancing with the Staff postponed until the fall 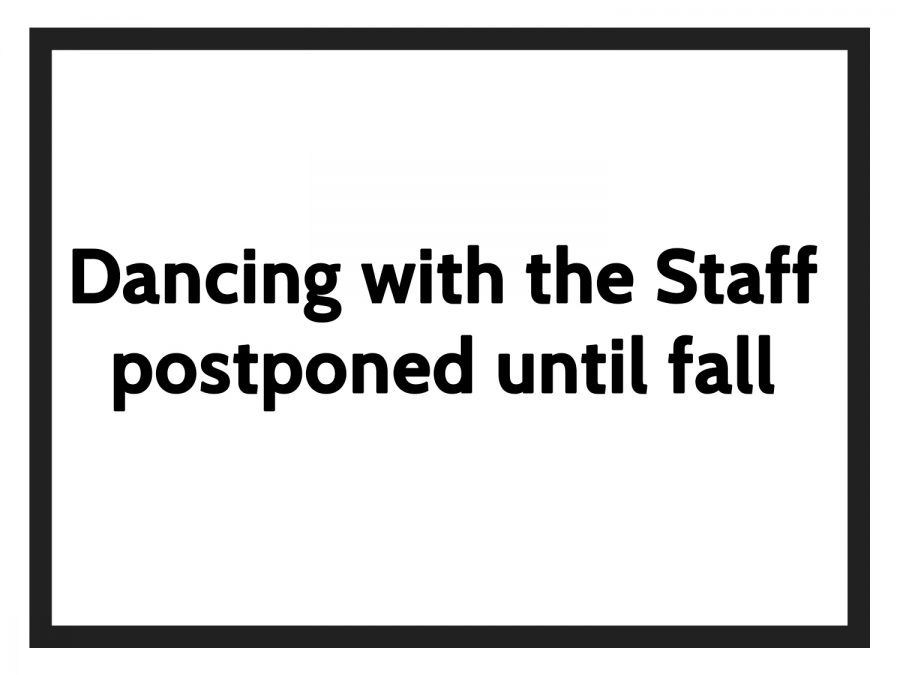 The canceling of the Dancing with the Staff event was announced on Tuesday. The event, which was scheduled to be held on Thursday, March 22 from 7-9 p.m., will be rescheduled during the fall of the 2018-2019 school year.

After having a series of complications with participants,  the decision to cancel the show was made due to a lack of able performers.

“This year we just had a lot of illnesses and then we had an injury for one of our teammates,” Tara Pendleton said, the advisor for the Future Business Leaders of America, organizer of Dancing with the Staff. “So we aren’t going to have enough to put on a full show. We decided it would be best to cancel,”

Despite this year’s event being scratched, majority of the dancers, who are juniors, plan to return to the competition which pairs teachers and students together as dance partners next year. Staff members Mr. Jason Drengwitz, Mrs. Mary Esther Baldwin, Ms. Joan Fee, Miss Brittany Herzovi, and Mr. Patrick Lawler were slated to participate.

New participants and teams are welcome to join the event in the fall.

“We plan on having the same event, and obviously we can have more teams if anybody wants to do it in the fall,” stated Pendleton.

The new event currently has no set date or times, and sign-ups will be made at the decision of the FBLA.

Lack of auditorium space with the rehearsal and performance of the spring musical Mary Poppins prevented the event from being rescheduled later this year.