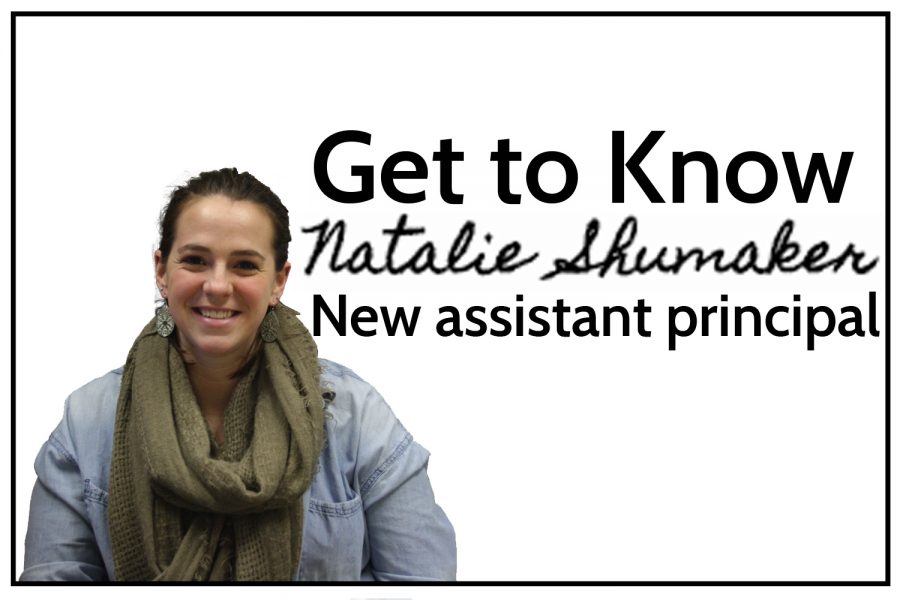 Mrs. Natalie Shumaker took over Mr. Joshua Fabish’s role as assistant principal after he left for a job opportunity in Florida. Shumaker began working with the NCHS administrative team as an intern this fall, then was hired as Fabish’s replacement at the school board meeting on December 3 – officially beginning her role as assistant principal at the beginning of second semester.

Shumaker began her career as a special ed teacher, first at a therapeutic day school in Pontiac, then at Colene Hoose Elementary, where she worked for four year before starting her internship at NCHS.

After seven years of working as a teacher, Shumaker was ready for the transition to the administrative side. “I liked to see the bigger picture of what was happening. When I was in the classroom it was very much isolated; I only had probably six to eight kids on my caseload so I was really involved with those kids but I liked the idea of having a broader reach,” she stated.

In order to become an assistant principal, Shumaker began by working on her master’s degree in administration at ISU. Part of the program includes an internship, which brought Shumaker to NCHS.

Some of the roles Shumaker fulfilled as the office intern will carry over into her role new role. As an assistant principal, Shumaker is responsible for all students with last names P-Z. She deals with attendance issues, discipline and supervision of school activities along with some teacher evaluations.

After a month on the job, Shumaker is still adjusting to the new role and trying to stay on top of her work. Though there is a lot to still learn, the transition has been smooth. “It was really nice because I was able to work with Mr. Fabish and kind of transition in,” she stated. Shumaker also liked how the transition occurred since she was able to get to know her co-workers and has received “a lot of support.”

As Shumaker settles into her role, she hopes to “become somebody who people can come to with questions.”