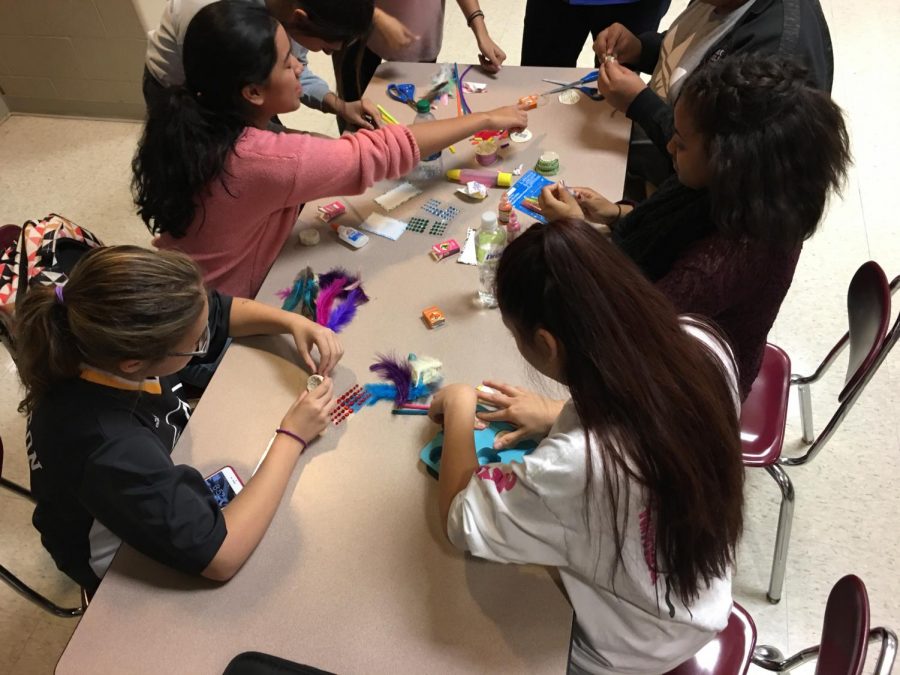 The Spanish Club at Normal Community High School gathered on Monday, October 30 in the Senior Cafeteria to decorate Calaveras, or skulls, to celebrate Dia de Los Muertos. Students of all backgrounds and nationalities joined to honor the holiday and share in the tradition.

Día de Los Muertos, or the English translation – Day of the Dead, is an annual Mexican custom that celebrates the lives of friends and family who have passed on. The multi-day holiday lasts from November 1 until November 2.

Although Day of the Dead does fall around Halloween, it is not a time for sadness or horror, but honor.  These two days of the year are used to remember family members and friends who have died, celebrating their life and memory.

To celebrate, altars are set up in homes with lit candles, pictures, items that were significant to the ones that passed on, and decorated sugar skulls, a trademark for the Day of the Dead. It is believed that, with this altar, the deceased will be able to find their families again and then return after the holiday is over.

The traditional skulls are decorated to honor the dead family members and are not to be decorated dully or sadly covered, but should be uplifting and vivid, since the holiday’s purpose is to remember the life and memories of the dead, not mourning their deaths.

“Skulls are a very important part of Dia de Los Muertos,” Ms. Nutter said, “usually they are put on altars in honor of those who have passed on,” explaining the cultural significance of decorating skulls for Day of the Dead.

“Dia de Los Muertos is similar to Halloween but it’s not a scary time, it’s a festive time,” she said.

“I think it’s cool to make these skulls to show our creativity,” Abbie Lee, a first-year in Spanish Club member, said.

Students in Spanish Club range from those who have Hispanic heritage and are completely fluent in the language, to others who are now taking their first year of the foreign language.

The club has hosted previous events this year such as a Mexican soda tasting in September and will hold their upcoming meeting at a Fiesta Ranchera for dinner.