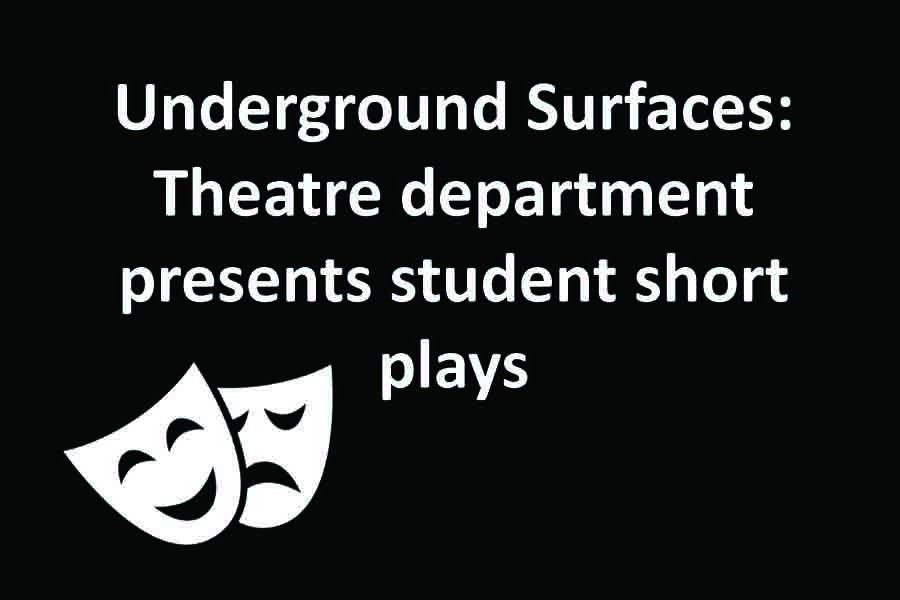 “Underground was formed as part of our 2013-2014 season where students direct other students in shows,” said Katelin Dirr (12) who helped lead the planning of the Underground shows.  “It’s a great program that encourages student leadership in the theater program and allows students to become familiar with every aspect of building a production.”

The students have most of the responsibility when working with sound design, lighting and direction.  It is a largely independent project which allows students to experience and organize an authentic directing/producing experience.

“It’s tough to work with peer directors because we are all so used to being on the same level, but it has been a cool experience learning how to work with people with little faculty supervision,” said sophomore Maddy Herwig, who was Sound Director for the show.

It is not only a unique experience for the students involved, but the students who come to see the show as well.

“I enjoyed the wide variety of genres that the students directed, they were overall spectacular! I was very impressed with the acting, directing, and technical talent everyone had,” said Colleen Connelly (12).

The theatre department attempts to showcase all the talent NCHS students hold, especially through events such as Underground.  As the school year nears its end,  stay tuned for the spring play, Leaving Iowa, as well as the musical, Children of Eden.