How the new generation can change the 2016 vote

Since the Baby Boomers started to vote consistently in the 1990s, that traditionally conservative population has had a controlling stake over the politics of America. The Baby Boomers’ vote has resulted in a Republican controlled Congress for the majority of the last two decades. Yet, President Barack Obama succeeded in winning a Democratic vote in 2008 and 2012. The answer of why is simple: minority. 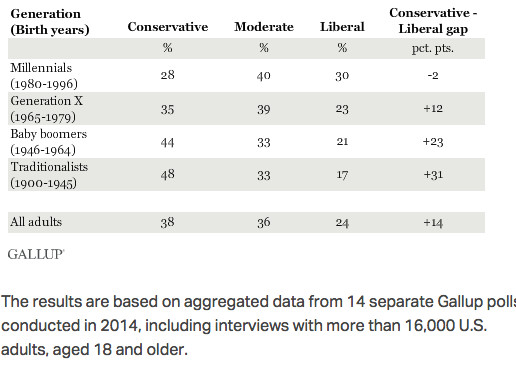 The power of the Baby Boomers’ size is undeniable. However, the combination of all of America’s minority groups can overpower the millions that were born 70 years ago. Race minorities, gender minorities, religious minorities, and even age minorities can be the difference between the next Democratic or Republican president.

As Millennials, the generation born between 1980 and 1996, reach voting age, the heavily Republican Baby Boomers are losing the majority vote. According to CNN, “The generation born since 1981 is the age group most likely to vote Democratic.”

The Millennial vote in the coming election could be what decides between a Republican or Democratic president. The election process starts, however, by determining who will represent each generation and political party with the primaries in February.

The Primary Elections narrow the race for the presidency to a single candidate to represent each political party. Candidates that are on the ballot in the general election owe their presidential campaign to the results of the Primaries. According to votesmart.org, “In a primary election, registered voters may participate in choosing the candidate for the party’s nomination by voting through secret ballot, as in a general election.”

The new generation of voters could change the entire election, so the importance of all age groups voting cannot be overstated. The general election, held this year on November 8, requires voters to be 18 on or before the day of the election. The primaries, however, allow any citizen to vote if they will be eligible to vote in the general election, regardless of age at the time of the primary, so long as they are registered.

Voter registration is required prior to the actual vote, and must be complete 28 days before the election. Registration in Illinois can be completed at the DMV or with Illinois election authorities and requires voters to be a US Citizen and a resident of Illinois for 30 days before registering.

The Illinois State Primary will be held on March 15, making February 16 the last day to register in order to be valid to vote in the primary.

Time is running out for the new generation of voters to show their new political power. The choices in candidates will be down to only two in a few weeks, so now is the time to choose which candidate to support, and register to vote.