Class Acts is a new series where the Inkspot showcases student performers in classroom settings. 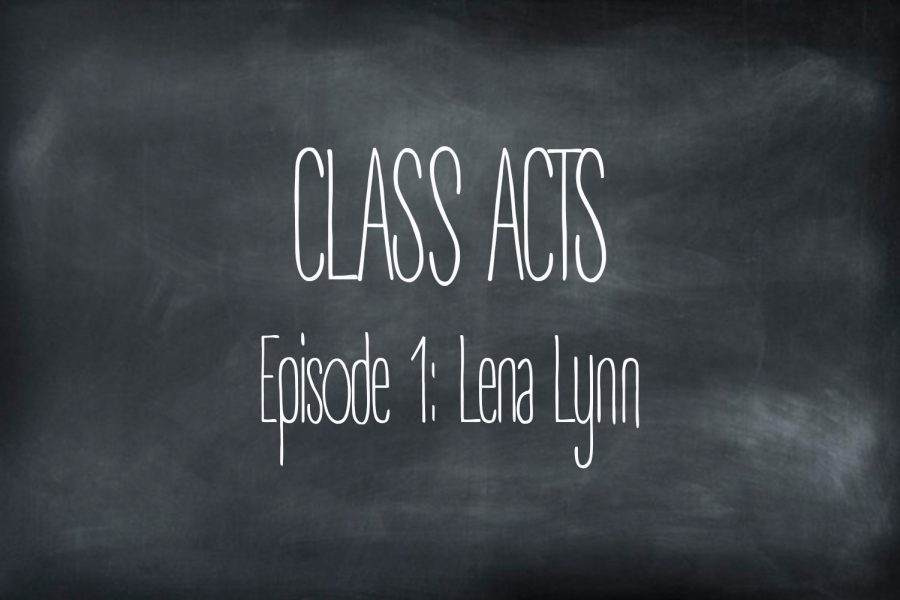 Senior Maggie Shackley and sophomore Ivy Goeckner opened the 2019 Battle of the Bands with a performance of “Cherry Wine” by singer-songwriter Hozier. And for a group that had been playing together for less than a month, the two-handled what came next like a road ready touring act. Despite, the audio booth not powering up the stage microphones, the duo powered through their acoustic, stripped-down rendition of the 2014 indie song.

Lena Lynn chose to open with the song because they felt it encapsulated their band: “It’s calm,” Goeckner said. “Our band isn’t rock, it’s calmer.” In the face of technical difficulties, the song was a good choice as the band demonstrated their calmness under pressure.

Goeckner said that “Cherry Wine” allowed the pair to focus on their true love – vocals.

After meeting through summer theater musical productions, Battle of the Bands created an opportunity for the two to combine their love of music. It only makes sense that the group’s name – Lena Lynn – is a combination as well. Of the pair’s middle names – Maggie Lena Shackley and Ivy Ann Lynn Goeckner.

Despite Battle of the Bands being over, the two’s performance was not a one-time thing as they plan to continue singing together. They otherwise can be found on and behind the stage as members of the theatre program.