FBLA returns with ‘Dancing with the Staff’ event 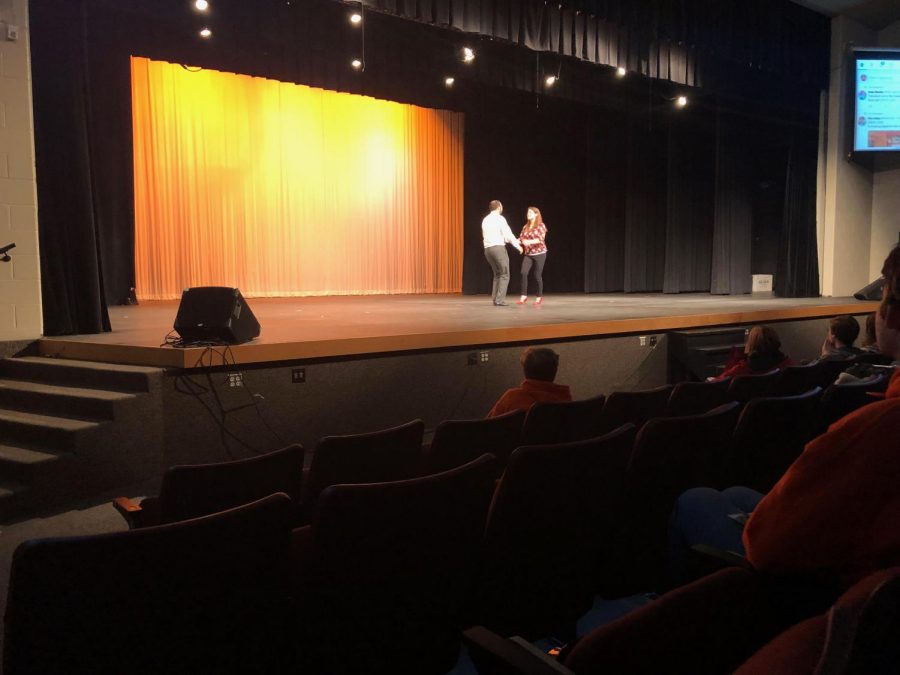 After being canceled last year, the Future Business Leaders of America returned to hosting its annual Dancing with the Staff event on Thursday, November 14, to raise money for their national business partner, the March of Dimes.

“Five years ago, we decided to try the event for the first time,” Mrs. Tara Pendleton said FBLA adviser. “It was harder to find teams back then. We had a couple of teachers and students try[ing] to raise money for March of Dimes.”

This event raised 400 dollars to fight against premature birth, complications from which are the leading cause of death of babies in the United States.

“Yes, since my son (who is now 10) was born 9 1/2 weeks early, we were actually the highlighted family (or spokespeople) for this organization during the 2013-2014 year”, says school counselor, Mrs. Addie Ince, when asked about her involvement with the March of Dimes organization.

Although Rosie Socrates (11) and Venkatesh Shenoy (11) were upset about the event’s cancelation last year, their partner in the planning was realistic in his reaction.

“There is a lot of work that goes into planning DWTS and if we don’t have an ample amount of teacher and student dancers then I don’t think it’s worth it to keep the show going,” Parker Honegger (12) said, president of the Normal Community FBLA chapter.

This year, six student and teacher teams competed against each other with some exhibition dancers performing.

The Dance team, Step team, and Mrs. Lawrence and her husband performed some dance routines for the audience between competitors.

The winner of the inaugural Dancing with the Staff competition in 2013, Mr. Michael Roller performed again this year.

“I am glad I did it. It was nerve-racking, but it was a lot of fun. I am the first year champion but that was a long time ago. My moves have soured a bit, I’m afraid,” said Mr. Roller.

Roller was unable to regain his title with this year’s winning team consisting of Mr. Scott Froelich, Nikhil Pallem (12), Jake Simonson (12), and Jacob Hughes (12). The group performed as the video game characters of Princess Peach, Bowser, Luigi, and Mario.

“I will always be Princess Peach,” Mr.Froelich commented on his role in the group.

As performers, many teachers and students wore different costumes that fit their performances. Smiles were seen throughout the audience, and many have said that they will return to both watch, and to participate in this event.