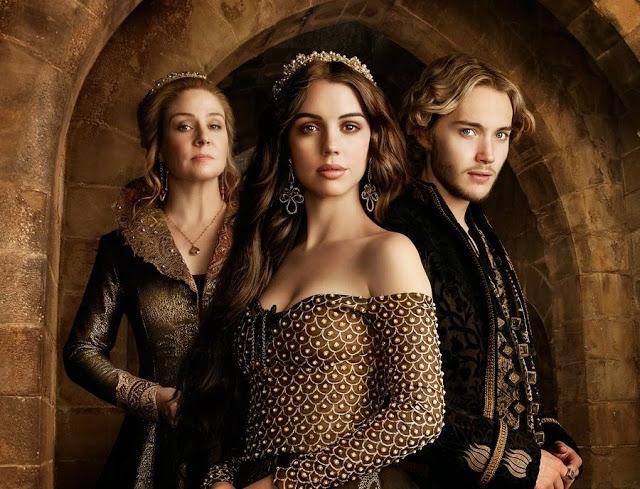 Photo Courtesy of the CW (CBS)

Game of Thrones-esque violence, with the emotion and drama of Downton Abbey, while keeping the politics of The Tudors and the sex scandal suspense of Grey’s Anatomy or any Shonda Rhimes show. These are the elements that build the CW show Reign. Acting led by Teen Wolf’s Adelaide Kane, Reign fits the mold of a television dramas show but breaks the traditional CW mold.

The show follows the story of Mary Stuart (Kane), Queen of Scotland, who became queen at a week old after her father died. After spending most of her life trying to avoid assassination threats, Mary travels to French court to prepare for her marriage to Francis (Regbo), the future king of France. Their marriage was planned as an alliance of powers when they were six. Because their union is a political decision, Mary and Francis find it difficult to separate their relationship with each other from the choices that come with running an entire country.

The show remains as true to history as possible while still giving the show a dramatic representation of a royal life in the 1500’s. The emotions Mary’s character experiences range from the frustration that comes with being in charge of a country from thousands of miles away all the way to watching her mother love her only for the political benefits that come from having a royal child. This show thrives off of political ideals and not only gets the audience to root for certain characters and despise others, but it also forces the audience to really think about the the world’s humanity in the 1500’s and how much it is, or isn’t, different from today.

The show’s writing is extraordinary. The main characters are, historically, ages 14-16, but the choices that they have to make for the good of their countries, citizens, friends, and families are those that would, today, be trusted with only adults. As a show aimed for mostly teenagers, watching characters the audience’s own age take control of their lives and hold themselves responsible for the livelihood of their people gives viewers a feeling of confidence, but it also makes the characters more relatable. Reign successfully portrays the universal emotions felt by teenagers but develops characters within adult circumstances and captivates with these challenges combined with hormonal angst. While the directing of the show is occasionally questionable, the actors and actresses perform with the entire emotional range possible for this show. The dialogue and plot catch the audience’s attention and keep them interested until the very end. Francis spends time fighting a war in Scotland, but in four episodes, his greatest concern is France ravaged by a plague and the a quarantined castle. The story shifts constantly, never allowing the show to become dull.

Reign is currently on hiatus until its third season returns on January 8th. The viewer reviews have been steadily climbing with an imdb score of 7.6, and with the first two seasons on Netflix, the show could easily gain a more substantial audience. The drama associated with Reign make it an already addictive show, and its potential to get better have viewers waiting in anticipation for their next hit.