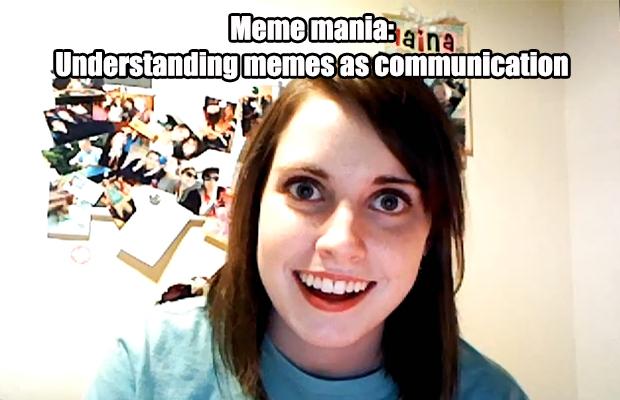 Another meme attack, something that happens regularly and with little explanation.

Sure memes are funny and popular, the only question is, will they last?  Memes can be explained generally as a viral internet joke – something that seemingly becomes popular overnight and has influence on today’s youth.

Memes.com has over 3 million followers on Facebook and 101,000 followers on Twitter.  Sprinkled across various social media and shared easily, memes have become a cultural phenomenon.

One of the most common types of memes is referred to as an “Image Macro”, a picture that with words superimposed over the top and/or bottom of the photo, making a joke.

Emily King(12) describes memes as“an iconically funny photograph that most people can relate to and use a lot in a short period of time, it’s a joke that everyone thinks is funny.”

One reason that some memes become more popular than others is “relatability.” How relatable or applicable to a specific situation an image and its text are is valued when deciding if a meme is worthy of being passed on,

Memes that were named as favorites among the a student sample were “Bad Luck Brian”, “Crazy Girlfriend”, “Pepe”, “I can has cheeseburger cat” and various other internet cat memes.

Memes have evolved since their conception, once simple memes have gotten more clever and creative over the years.  This change has stemmed from not only a changing culture, but also from technological advances in ways everyday citizens can design graphics.

According to Kennedy Savage(11), the first memes she can remember were “rage memes, less detailed memes”, crudely drawn, yet expressive human faces. Savage said that memes today are more complex, using certain characters “like the crazy girlfriend” or the “Ermahgerd” girl, using “words explaining the pictures.”

As culture and trends change, so do memes.  Rage memes were most popular from their first appearance in 2008 until 2012, as others started to be introduced.  As audiences started to change so did the memes.  In recent years, clever slogans and more detailed drawings have become the most popular type of meme.  The words included in the meme are now a much stronger part of the joke than just an image alone.

The relatability of memes is a major draw for young audiences, generally if people feel like they can relate to something they are attracted to it.

“We use them to laugh at each other, seeing who relates more to one meme,” said senior Koki Lynne, explaining the role of memes  within his social group.

Memes have a large impact on the way people communicate.  A large population of young people use memes to show their feelings and to communicate with their friend groups and peers.

Memes are fueled culturally and are a humorous escape for many.  Although memes may seem like a fad, memes are a greater form of communication that humans will not let die anytime soon.

Next time Brooke Vogel looks at her phone and the memes sent by her friends she knows exactly what they are trying to say and may relish the new form of communication.