With over 9,000 unique languages in the world, 90% of these languages are spoken by less than 100,000 people. Languages are frequently dying, this article displays nine of thousands that are on the cusp of disappearing. 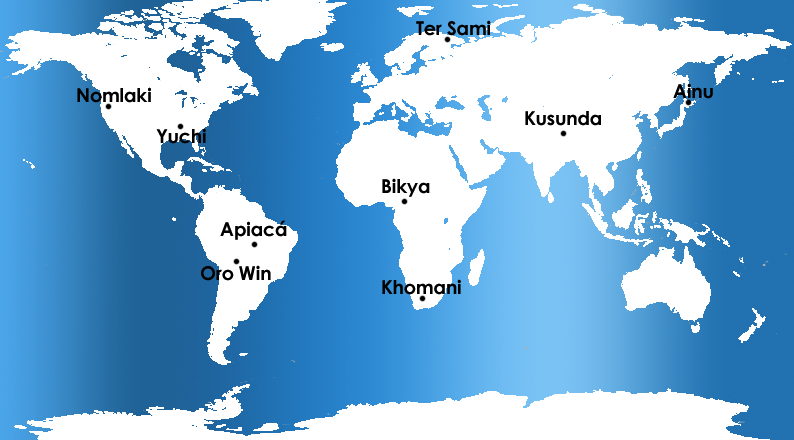 Nomlaki – a Native American language with one speaker left (as of 2011) in Northern California.

Khomani – a language spoken by four people (as of 2008) in South Africa. Uses “clicking” tones.

Ainu – spoken in Hokkaido (Japan), though there are no living speakers of it left- there are scholars trying to revive it.

Bikya – a language spoken in Cameroon, the last known speaker was 70 during 19876, so it is probable that the language is already extinct, but there has been no proof to show that it actually has.

Yuchi – a language spoken in northern Oklahoma. As of 2009, there were only five known speakers left alive who’s first language was not English.

Oro Win – A language spoken along the upper stretches of the Pacaás Novos River in Brazil. Only five known speakers were documented in 2010 and all were over the age of 50. One of five languages that uses ”bilabial trill”- a sequence of tones and trills that  is used in spoken languages.

Kusunda – Another dying language spoken by seven people in western Nepal. It has only been documented once, and all native speakers are over the age of 70.

Ter Sami – A Russian-like language spoken in Eastern Europe. As of 2010, only two native speakers were documented.

Apiacá – A language being replaced by Portuguese in Brazil, spoken in the upper regions of Mato Grosso.