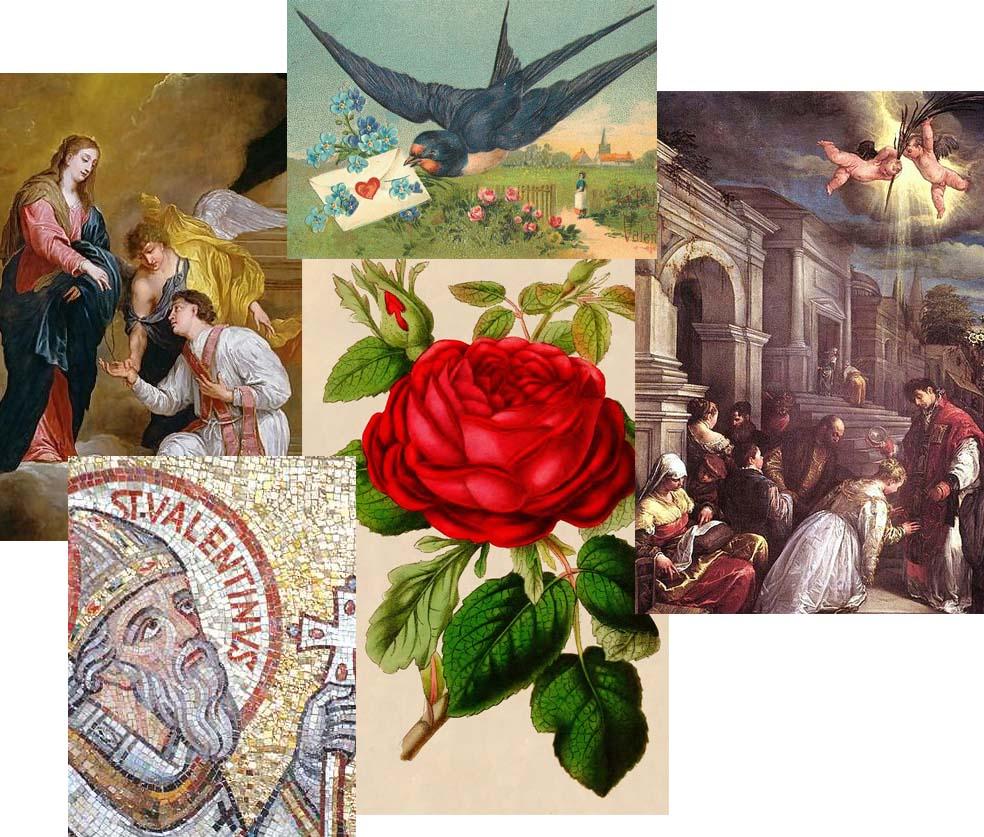 Because St. Valentine roamed the Earth long ago, much of his history is a blur.  Some stories of St. Valentine suggest that he was a rebel.  Valentine (in some stories) is depicted as a courageous man who had differences of opinion with the rule that he lived under.  In ancient Rome, Claudius, the Roman ruler, observed that single soldiers seemed to be better in battle other than those who had wives and children.  Therefore, he banned marriage for young men.  Although this new law came about, Valentine, who was a priest, realized that it was unfair.  He continued to marry those that chose that path and was later executed by the ruler for acting against the rules.

Other stories of Valentine bring up the origin of an actual valentine.  One legend says that when Valentine was confined in jail, he fell in love with a young woman.  He wrote her a letter that he signed – “From your Valentine.”  This tradition caught on and is still used today in the U.S., Mexico, Canada, and a few other countries.

Although all of the details of the real Valentine will never be known, we are aware that he was always intertwined in the aspect of love in life.  This explains why Valentine’s Day focuses on the romantic portions of one’s relationships.

The date of February 14th was chosen as Valentine’s Day by Pope Glass to honor St. Valentine, who supposedly died on that same date.  The fourteenth also seemed to be an appropriate day to spread love according to the French and English.  They had known the fourteenth to be the beginning of birds’ mating season.