Popular genres of music at NCHS

Ever since administration lifted the ban on music during school, NCHS students have been able to enjoy listening to their favorite bands and artists. A poll taken over 3 days displays the popular and diverse genres of music displayed at NCHS 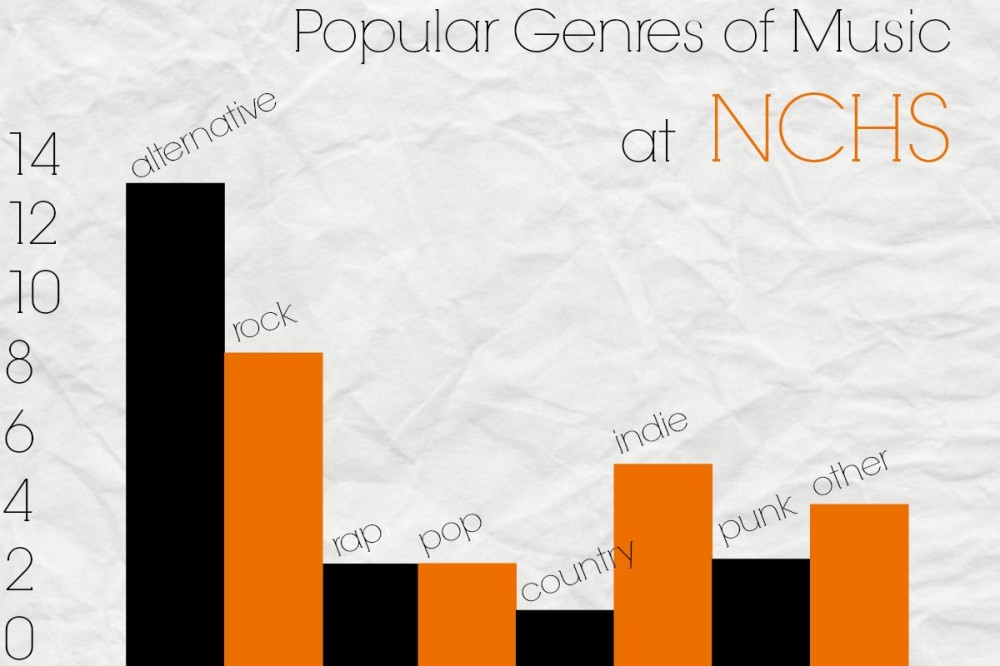 Teens will agree with the statement that music is very important in their lives.  This is especially prevalent with students at NCHS. During Battle of the Bands, NCHS’s musically talented displayed their love for music and performed songs.

Many students participate in band, choir, and orchestra, but the love of music reaches beyond these classes. Junior, Victoria Smith stated: “It [music] makes life quieter. It’s the only way I can hear something that blurs out the things in my life.”

It’s not uncommon to see students walking around school or in class with earbuds in. A common misconception is that all teenagers listen to the “Top 40”. However, a poll taken (above) shows that many students listen to a variety of music.

Four people answered that Dubstep, Trap, Metalcore, or Classical Orchestra was their favorite genre of music, which represents the diversity amongst students at NCHS. However, leading with thirteen listeners, Alternative dominated the poll.

According to the iTunes charts, popular alternative bands are Imagine Dragons, Bastille, Grouplove, and The Neighborhood.

Ever since the iPod came out in 2001, more teenagers have been listening to music in school. In addition, the ban on music during school has been lifted- thrilling many students and giving them the ability to listen to music during class work time or while walking through the halls.

Despite less restricted music listening, many teachers argue that music is a distraction. However, most students say it does help them concentrate.

Music is a universal art in which many people bond over. You can get to know someone rather quickly just by asking: “What kind of music do you listen to?” or “Who’s your favorite artist?” The students who participated in the poll represent only a small amount of the diverse genres listened to by NCHS students.