What Harry Potter taught us 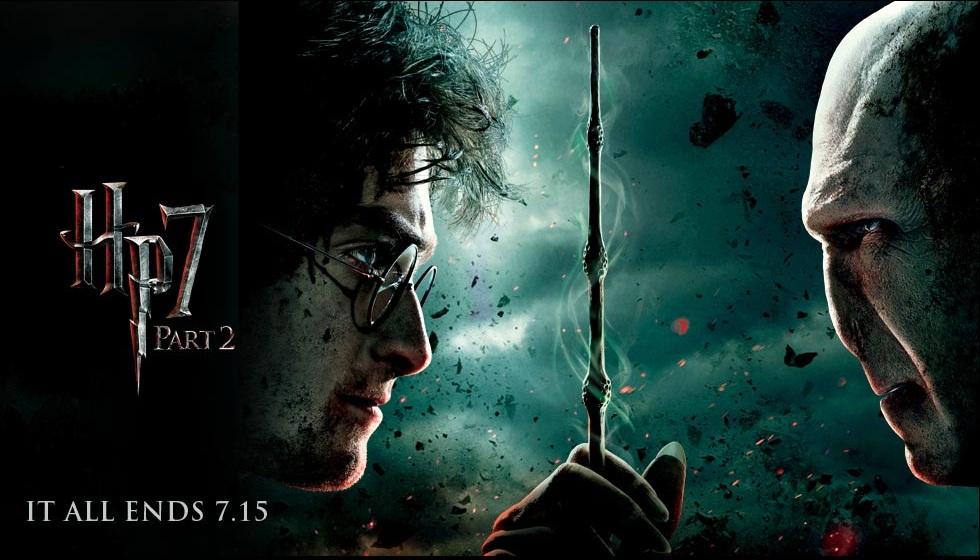 A poster for the premiere of Harry Potter and the Deathly Hallows.

Warning: This article is only for those who have read and/or seen any of the Harry Potter series books/movies. Those who haven’t delved into the world of Harry Potter are free to read on, but are warned that all references may not necessarily be understood.

The wizarding world of Harry Potter has fascinated and engaged all ages for over a decade. With seven books and eight movies, this franchise that has brought in over $24 billion revenue throughout the world.  It’s very easy to become absorbed into the Harry Potter state of mind, which has made countless childhoods full of excitement and love for the books. Some have had the stories read to them, others have read them themselves, all have loved the characters and plot twists of the series. Yet, besides the amusing characters and creative plot lines, the Harry Potter series has taught many people, not only that it would be awesome to be a wizard, but also many life lessons that could help them later on in life.

Bravery comes in many forms

Don’t believe everything you read

This important lesson is taught through the sneaky news reporter, Rita Skeeter, whose constant misleading stories in The Daily Prophet about Harry and Dumbledore in The Order of the Phoenix leads to many complications at Hogwarts for Harry. In the end though, she iseventually found out for unlawfully obtaining her inaccurate information.

Competence is worth more than reputation

One will find this lesson is symbolized a lot through the character of Gilderoy Lockhart, the wizard in The Chamber of Secrets, famous for his many books on defense against the dark arts, which coincidentally were written by others and he just took all the credit. He’s made out to be an intellectual and hunky author by the press, when in reality he’s a self-absorbed dimwit

Virtue isn’t determined by abilities, but by choices

Many of these morals are found in certain characters, such as this one, which is taught through the Sorting Hat. One wouldn’t necessarily call it a character, but nonetheless, it’s important to point out. The Sorting Hat, when placed on Harry’s head in The Sorcerer’s Stone, initially thought to put him in Slytherin because of his incredible power, but he asked to be put into Gryffindor and the Hat made it so. This turned out to be a very good choice, for many Slytherin’s end up becoming corrupt with power.

Always treat those below you with kindness

The dynamic house elf, Kreature, is at the heart of this symbolic lesson. In The Deathly Hallows, after being treated poorly for years by Sirius Black, Kreature is a hard-shelled being with a hatred for half bloods. Yet, after Harry treats him as an equal, his attitude changes drastically, and he becomes genuinely nice to all those around him.

Don’t judge someone based on the past 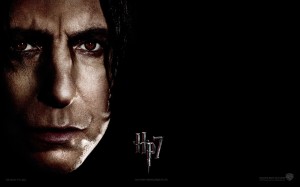 The character that best teaches this moral is Severus Snape, the mysterious potions master at Hogwarts with a dark past as a Death Eater. All through the series, the question of who his loyalties lie with is a mysterious factor in the plot, but in the seventh book, he’s revealed to have been Dumbledore’s ally the whole time. Most people are skeptical of having Snape as the potions master because of his past as a Death Eater, but in the end it is found out that he’s a truly loyal friend and would do anything for love.

Obviously the most important lesson, most people should have the common sense to stay away from a gigantic spider, but with Hagrid it was not the case. He befriended the King of Spiders, Aragog, and let him and his clan live in the Forbidden Forest on the Hogwarts grounds and continually swears that they’re harmless. However in The Chamber of Secrets, Harry and Ron stumble upon the creepy crawlers and they only cause harm and terror.

Overall, the Harry Potter series affected millions of children’s lives, as they read the books and throughout their lives thereafter. They taught many important values that will continue to live on in “Potterheads” minds for years to come.