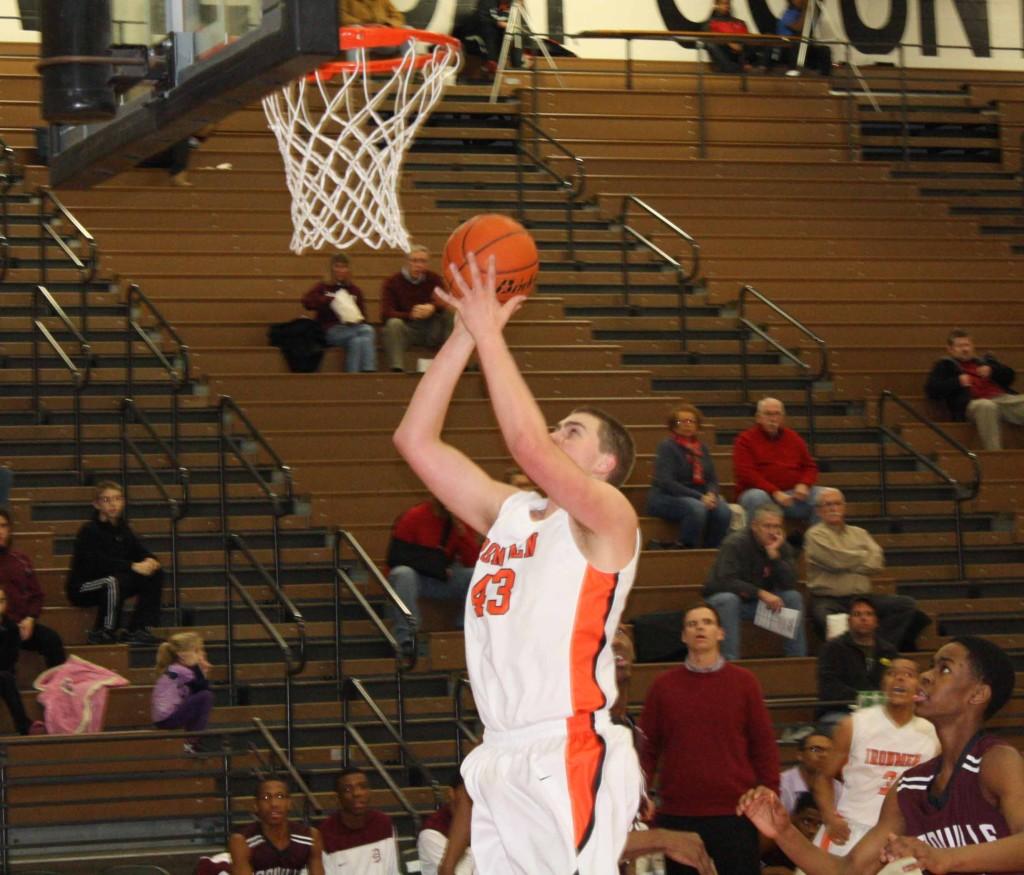 Older brother Trevor shoots the ball at a regional game vs. Danville

Oldest brother, senior Trevor, has been playing on the varsity boy’s basketball team since his sophomore year. The six-foot eight-inch center towers over the court, frequently making under the basket plays. Coach Witzig admits, “ Trevor is a great defensive player, he protects the rim and helps out his team mates.” Additionally, Trevor was a member of the 2011 state finals team.

Following in the footsteps of Trevor, sophomore Tyler is also a key member of the varsity team. The six-foot six-inch forward is an asset to the team. Tyler’s ability to shoot and score well allow him a lot of playing time.

Basketball is a main factor in the Seibring family. When asked about the family’s involvement, Tyler replied, “my sister played at normal and now plays at Wesleyan. We also have a cousin who played at West and a little bit in college, also, our cousin Spencer, plays at West now.”

This season is the first official time the brothers have played on a team together. However, according to Trevor, the two practice together at the Shirk Center on weekends and during the off-season.

The brothers surprisingly get along for the most part. Tyler reveals, “we get along pretty well, but we are brothers.” Coach Witzg states the brothers are “both very good teammates and work really hard.” Trevor, on the other hand, exposes their relationship; “Tyler and I get along off the court, but if we are guarding each other, it might get testy on the court.”

As the season winds down, the brothers, along with the rest of the team are optimistic of a long post-season career. With the Seibrings on the team, a good end to the season is hopeful.