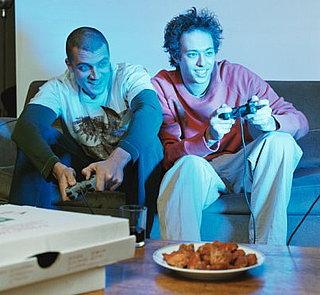 As a young a man preparing himself for the trials and tribulations of college life and the real world, but with a still as of yet untamed youthful bashfulness, the thought of sitting back at the end of the day and enjoying a good video game still tantalizes the senses.

With the recent string of popular video games releases and the promise of more to come, the time for empty bank accounts, beseeching adolescents, groveling to parents, and suffering from a lack of sleep has arrived.

Such big name titles as Halo 4, Call of Duty: Black Ops II, Assassin’s Creed III, and Mass Effect III all were relased just in time for the holiday season, offering a plethora of different titles for gamers’ wish lists.

On the more rated E for everyone side of this scenario, October has also heralded in the newest installment of the Pokémon Black and White series, Activision’s Skylander Giants, part of the Spyro series, and a Harvest Moon title on the 3DS.

Come November 18th, the successor of Nintendo’s Wii, the Wii U, will also be making a debut with a few new and old titles of its own, including a new adapted Super Mario Brothers, Epic Mickey 2, and Ninja Gaiden 3.

For a full list of new video game releases coming this holiday season, refer to the IGN for game release dates for 2012 and beyond.