The psycho behind ‘Psycho’ 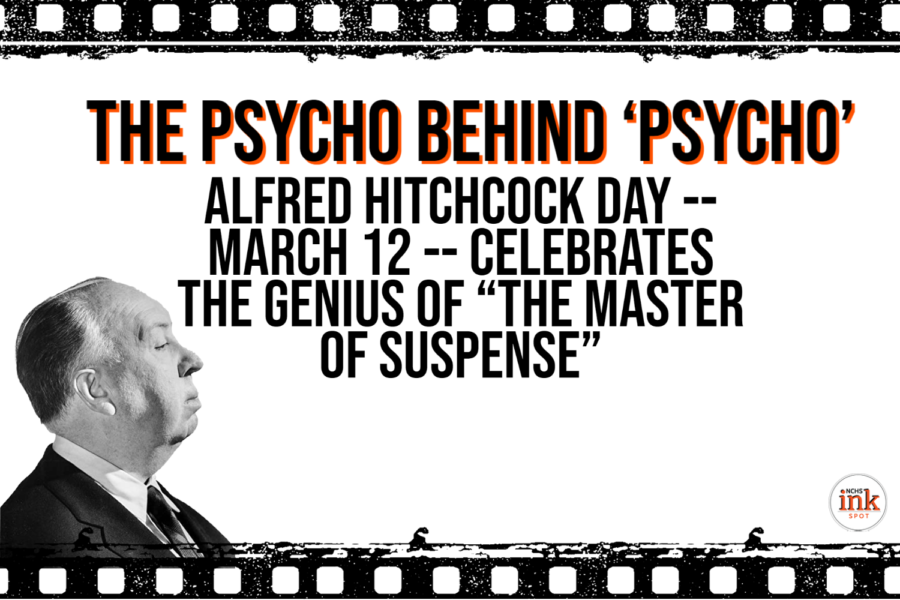 Recognized by film buffs as one of the most influential directors of all time, Alfred Hitchcock’s place in film history often goes underappreciated by modern audiences.

Hitchcock, the filmmaker behind classics like “Psycho” (1960) and “The Birds” (1963), directed over 50 films throughout his career, introducing or popularizing innovative shots, camera angles and filmmaking conventions — earning one day of public appreciation – March 12’s “Alfred Hitchcock Day.”

The March 12 holiday remains a mystery — not aligning with the director’s August birthday or his death in April 1980 — an apt homage to the “Master of Suspense.”

Resident movie geek and Literature of the Silver Screen teacher, Mr. Paul Krogmeier, is not short of appreciation for Hitchcock.

“He’s the most influential director of all time,” Krogmeier said. “That bridge between the early films of the pioneers of the talkies [first films with sound], and the newer, blockbuster age of the ’80s.”

“You can’t point to one [director] that didn’t look at Hitchcock films and try to do exactly what he did,” Krogmeier said.

While Hitchock’s most memorable quote might be “Always make the audience suffer as much as possible” — audiences have been enjoying the director’s contributions to television and film for decades.

“[“Vertigo”] pioneered the dolly zoom,” Krogmeier said, “which is this cool camera trick where your eyes are staying static on a foreground and then the background moves…It makes you feel like that roller coaster gut punch feeling when you go up to the top.”

20 years later, Steven Spielberg implemented it for the “Jaws” shot.

While Hitchcock is best known for his thrillers, his suspense-inducing techniques aren’t bound to the genre.

“The cool thing about suspense,” Krogmeier said, “is that literally every genre has to have suspense…even a rom-com has suspense.”

Hitchcock’s knack for suspense spawns from his intense attention to detail, Krogmeier said.

“He was meticulous,” Krogmeier said. “He was his own editor. He was his own writer for many of the movies. He was just fully involved with the whole process.”

Hitchcock put his entire vision on the film reel — often untainted and as he intended, leaving his fingerprints on the Silver Screen.

“His lasting legacy is he taught us how to make movies interesting,” Krogmeier said.